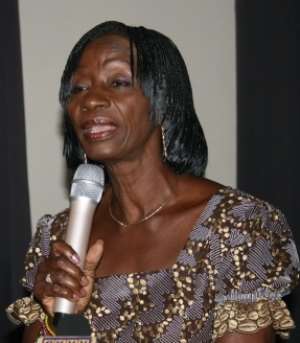 March 08, 2011
Accra, March 8, GNA – Africa is bidding to host the world's largest Telescope, that would make the continent a major hub for astronomy in the world.

The Minister of Environment Science and Technology, Ms Sherry Ayittey, said on Tuesday that, if Africa won the bid to be announced in the middle of 2012, the Square Kilometre Array (SKA) Project, which would be one of the largest scientific research facilities in the world, would consolidate Africa as a major hub for astronomy.

Nine Africa countries, including Ghana, would have sub-stations if the lot falls on South Africa, the front-runner of the bid.

According to Ms Ayittey, the Ghana Radio Astronomy Project, being implemented as part of the SKA project, was an effort to enhance the country's capacity in astronomy and astrophysics.

At a meeting with a South Africa SKA delegation in Accra, she said the SKA was 50-100 times more sensitive than any radio telescope on earth and would be able to probe the edges of the universe as well as answer fundamental questions in astronomy, physics cosmology and questions concerning stars and planets.

The initiation of the Ghana project is a result of a request from the Ministry to Vodafone Ghana Limited to convert its large Satellite Earth Station at Kuntunse in the Greater Accra Region into a Radio Astronomy Telescope.

Ms Ayittey noted that when the facility was converted, it would help in training astronomers and astrophysicists as well as a research facility in the field of radio astronomy in Ghana and the sub-region.

“Currently none of the universities in Ghana is running the programmes in astronomy and astrophysics and this project would kick-start a Graduate and Post-graduate course in that branch of science.

“It will also enhance training in other related engineering programmes such as system engineering, radio engineering and space technology.”

The minister said the advantages for the project were enormous considering the opportunities for the youth, scientists and engineers and collaboration in joint projects with renowned universities and research institutions in the world.

“It is also intended to use the Ghana Radio Astronomy project as one of the key programmes of the soon to be established Ghana Space Science and Technology Centre,” Ms Ayittey said.

Dr Michael Gaylard, Acting Managing Director of the National Research Foundation of South Africa, said Ghana had a strategic location, which made it easy to view the entire Milky Way but Ghana could not host the SKA because it was in the tropics.

He said South Africa, in conjunction with its eight African-partner countries bidding communally for the SKA, would pull out all the stops to show the world that Africa was the future, as far as science and technology were concerned and bridge the gap between Africa and the rest of the world.

Ms Adelaide Asante, Schedule Officer for the Project, said the project would develop human capital in the area of astronomy and related subjects and thereby make the best use of opportunities in astronomy and astrophysics.

The telescope will also be used to anchor the positions of relative position measuring systems, such as the Global positioning System (GPS) and Satellite Laser Ranging system, which would provide absolute reference points for Ghana's survey systems.

She said it was expected to provide long baselines to radio telescope arrays in Africa and other continents to ensure high angular resolution imaging.

Ministers create 'kingdoms', become 'untouchable' if not res...
38 minutes ago

Some ministers I reshuffled not my best friends anymore – Ma...
38 minutes ago