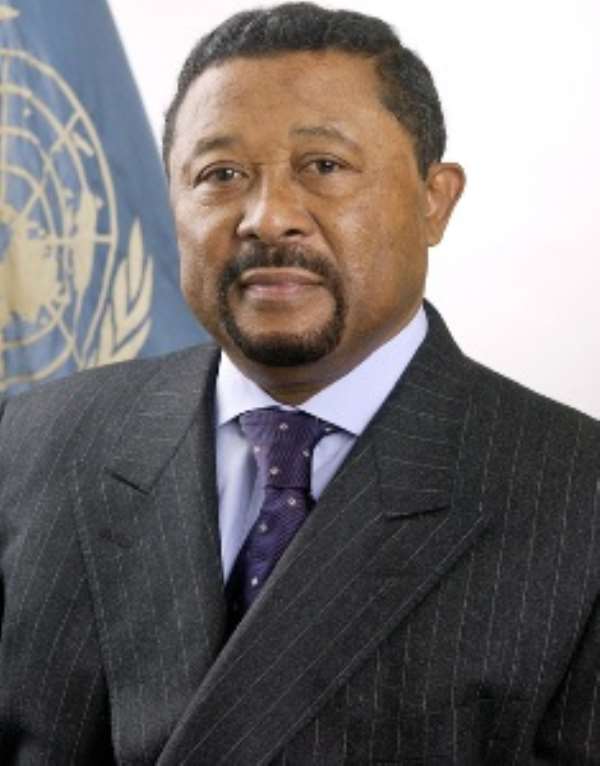 
Dr Jean Ping, Chairperson of the African Union (AU) Commission, on Saturday, said the use of legitimate force to solve the Ivorian post election crisis would be the last option.


In a very gloomy picture, Dr Ping brought to the fore, the negative repercussions of the use of military intervention to force President Laurent Gbagbo to step down, warning of extreme fatalities, should that occur.


Dr Ping stated the AU position, at a press conference on the fringes of the 16th African Union Summit, underway in the Ethiopian and AU capital, in Addis Ababa.


Some political analysts see the Chairperson's statement as a mild move away from the earlier call to use the military to force Mr Gbagbo to step down as President of La Cote d'Ivoire in favour of Mr Ouattara.


Describing the call for military intervention as sleepwalking and a trap into disaster, the new position of the AU vindicates that of Ghana's President John Evans Atta Mills, who has stated Ghana's position, that military force should be the last option in resolving the standoff in the last Ivorian elections.


President Mills, who is attending the summit, stated categorically at several fora that Ghana supported the ECOWAS efforts, including military option, in bringing peace to La Cote d'Ivoire, but that should be the last option.


President Mills had said that, based on the advice of the Military High Command, Ghana could not contribute troops to the proposed force in La Cote d'Ivoire because Ghana's Armed Forces were overstretched in terms of personnel and logistics.


Some experts had said the position of President Mills had triggered the non military action that would save lives and avoid massive bloodshed.


Dr Ping called for the continued use of dialogue rather than force in addressing the Ivorian issue.


"I'm confident that we'll succeed more with dialogue than the use of force," he told the press conference, adding that, there had never been any success when such force was applied, except in Sierra Leone.


Dr Ping recalled that, about five million people died in Congo when such similar force was applied and queried if that should be repeated in the Ivorian situation.


"Five million people dead and you continue to use such intervention? It means the African life is not a life," Dr Ping said.


He said both Foreign Ministers representing President Elect Ouattara and Mr Gbagbo were present at the summit, but the Union did not officially recognise them per the rules and principles.


Dr Ping condemned what he called the double standards of the International Criminal Court (ICC) in its administration of justice, saying it had been discriminatory against the African cause.


He said the stance of the ICC on Kenya had not been the same as in Gaza, Iraq and Argentina.


While announcing a reinforcement of the military strength in Somalia, the AU Chairperson said the Union would soon create its court "to judge its own criminals."


Meanwhile, the summit would officially open on Sunday, and President Mills is expected to deliver the keynote address on the theme "Shared Values."


The one week summit, which started since last Monday is on the theme "Towards Greater Unity and Integration through Shared Values."


On Saturday, the Heads of State and Government attended the Peer Review Meeting.