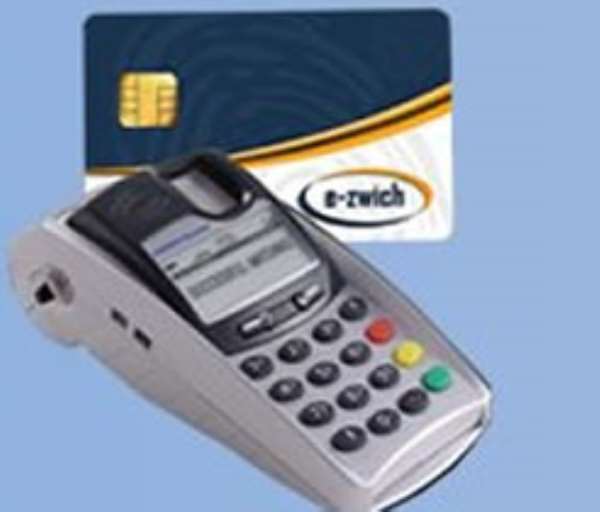 Over 15,000 students have so far been registered as part of the exercise, which began in November 2010.

The move forms part of the plans to get as many people to use the biometric cards.

He explained that a second phase of the programme has begun and would continue till April.

Three different teams are engaged in the second phase of the programme to ensure that as many students as possible are registered and issued with the e-zwich cards.

The registration teams will cover 66 schools in the Volta, Ashanti, Eastern, Central, Northern and Upper East regions before they go on vacation.

Mr. Hesse added that it is the target of GhIPSS to enroll at least 50,000 students and staff of SHS before the end of the year.

Most of the registration is being done by GCB which is significantly widening its deposit base through the exercise.

Other banks such as Merchant and UT would take part in the exercise 14 February.

e-zwich cards and ATMs have been massively patronized by students on the campuses of tertiary institutions as these areas have recorded huge transaction volumes.

The use of e-zwich has been encouraging on the campuses because the younger generation is familiar with various technologies.

Mr. Hesse is hopeful that these younger ones would acquire the habit of using the biometric cards for payment and other financial transactions.

He said two Point of Sales (POS) devices have been placed in each SHS.

One of the POSs would be used for the payment of school fees while the other for any transactions such as receiving remittances.

Mr. Hesse said parents have begun remitting their wards through the e-zwich system and urged those who continue to remit through their friends or travel to schools to patronize the e-zwich cards.

He added that each e-zwich card has a savings wallet that attracts higher interest, calling on parents to encourage their wards to save.

Mr. Hesse also encouraged the parents to acquire their own e-zwich cards.

He explained that if they have their cards, they could go to any e-zwich ATM and transfer money from their cards to that of their wards.

"Imagine you have three children in different schools, you just walk to our ATM, slot in your card and send money to each of them. You can do this at night on Sunday and virtually at your convenience," he added.

The e-zwich biometric card was introduced less than three years ago to reduce the use of cash and increase money in the banking system.

Since its introduction, the e-zwich has witnessed a steady growth.