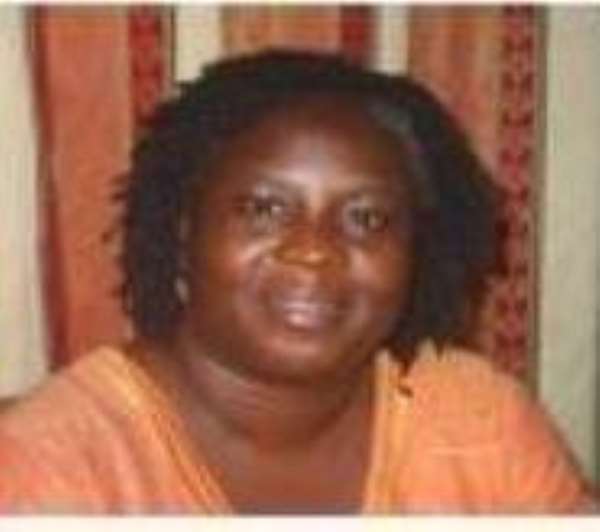 January 27, 2011
Accra, Jan. 27, GNA - Dr Audrey Gadzekpo, a senior lecturer, School of Communications Studies, University of Ghana on Thursday noted that the absence of broadcasting law had contributed to the inundation of the media landscape with unprofessional conducts.

She therefore called for urgent passage of the Broadcasting Bill to instil sanity into the broadcasting environment especially as the country prepared for the sixth consecutive Elections under the fourth Republican Constitution next year.

The Communications Lecturer also expressed concern about the creeping acts of impunity, disregard of professional standards and ethics and the disrespect of the authority of the National Media Commission (NMC) by some media practitioners.

Dr Gadzekpo was speaking at a public forum organised by the National Constitutional Reform Coalition (NCRC) in collaboration with the Ghana Centre for Democratic Development (CDD-Ghana) on the theme: "The 1992 Constitution and the Media: Challenges and Opportunities for Reform."

She appealed to the media to adopt robust self-regulated mechanism to control and deal with unprofessional conduct and abuse of media freedom.

She also called on Parliament to pass the Right to Information and the Defamation Bills.

Dr Gadzekpo expressed concern about the lack of respect for the spirit of the 1992 Constitution especially by state actors - Ghana Police Service through the use of unnecessary force, intimidation and laws that ran counter to the constitution in an attempt to hold the media in check.

Focusing on the role of media stakeholders including the NMC's oversight role, Dr Gadzekpo advocated reform of the Commission's laws to make it more autonomous from Governmental influence.

Mr Egbert Faibille, Legal Practitioner and Editor-in-Chief of the Ghanaian Observer Newspaper who was the lead discussants in response to questions cautioned the media against publishing stories from WikiLeaks website without personally crosschecking the facts.

"Any journalist or media that publishes such stories is liable for legal suits…We should not put too much premium on WikiLeads reports as its mostly personal opinions and comments," he noted.

Mr Faibille also expressed concern about the comments posted on "Ghanaweb" on stories, saying "it does not leave room for redress. Such a development is dangerous".