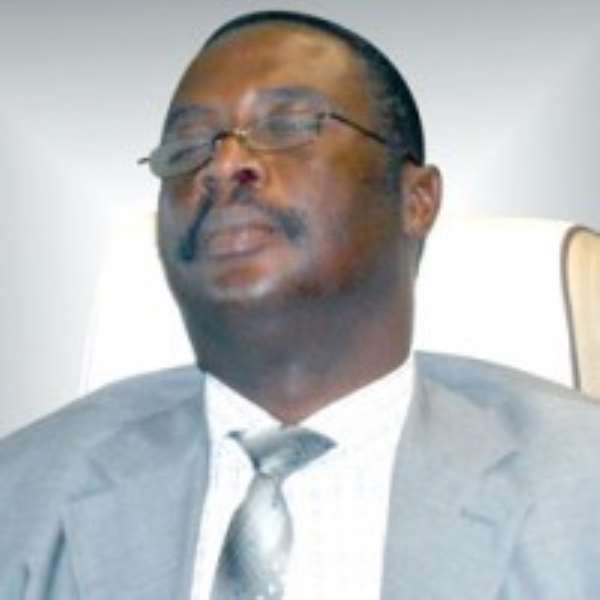 The National Democratic Congress (NDC) is angrily pursuing the Member of Parliament for Lower Manya, Michael Teye Nyaunu, over his comments that the party's executives are busily amassing wealth.

The party therefore summoned him to substantiate the accusation made against some unnamed leading members of the party.

Mr. Nyaunu also known as 'Maradona' recently told Citi FM that instead of running the affairs of the party, many executives of the NDC, from the national to constituency levels, had abandoned their duties and were busily grabbing illegitimate wealth, putting up several houses and acquiring flashy cars in a manner that seriously raised eyebrows.

'Indeed I really fear that the NDC could lose 2012. And I am praying to the good Lord to help us change our strategy before the end of this year. I get reports from many regions of the country and all is not well.

I blame some of the party executives who are going round amassing some wealth for themselves to gain some of life's little pleasures that they didn't get,' he told Citi FM.

Mr. Nyaunu's hard-hitting revelation, DAILY GUIDE learnt, had unsettled the NDC leadership, compelling the party's Functional Executive Committee to haul him to an emergency meeting for him to substantiate the allegation or face disciplinary action.

When he appeared before the party leadership on Tuesday, he made a mockery of them by raising objections to the charges leveled against him.

However, the MP told DAILY GUIDE in a telephone interview yesterday that members of the Functional Executive Committee were accusing him of things that he did not say, pointing out that he could not be held responsible for what he did not say.

Consequently, the NDC executive, led by 'Chief cat killer' Dr Kwabena Adjei, had tasked the party's Propaganda Secretary, Richard Quashigah to get the recordings of what Mr. Nyaunu actually said on air before the next meeting was held.

DAILY GUIDE learnt that the NDC propaganda chief was at the radio station ostensibly to carry out his assignment, but was confronted with a major snag - the radio recordings had been corrupted, making the case a foolish one.

The tough-talking Nyaunu indicated he had nothing to hide, asserting that he would always standby whatever he said, adding however that he would not 'allow people to put words in my mouth.'

Mr Nyaunu was reported to have figuratively described President Atta Mills as a 'blind person', as many wrong things were being done 'behind his back', with appointments given to people from nowhere.

'During the campaigning, they made us to understand that every member is a shareholder of the organisation and the dividends will be shared accordingly. But when it came to appointing DCEs, they ignored the constituency executives who worked so much.

Instead, people who sat in the comfort of radio stations and made a lot of pronouncements were considered to have worked harder than those who walked to the villages and won votes to bring the party to power.

'Don't tell me that somebody is a PhD holder, a professor, a doctor and therefore he is more important than those who walked to the villages.

The grassroots are not happy. All that they are saying is that they must be recognized,' he fumed, pouring out his frustration.

According to him, 'People who sat in the comfort of radio stations and made a lot of pronouncements were considered to have worked harder than those who walked to the villages and won votes to bring the party to power.'

Mr. Nyaunu was said to have alleged that some of the executives were giving contracts to members of the opposition New Patriotic Party (NPP) for kickbacks.