New Africom chief will consider base in Africa despite initial opposition 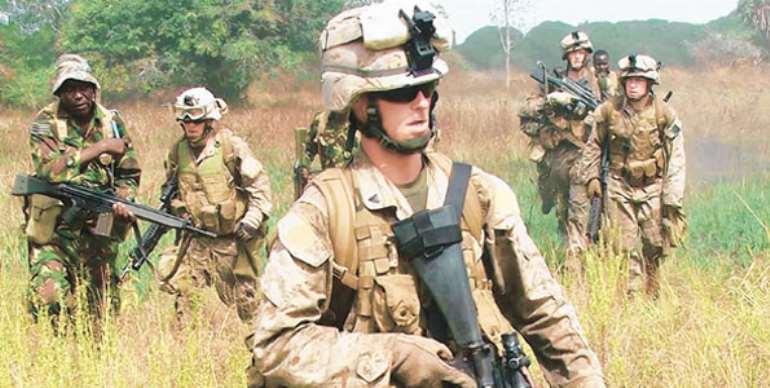 A US soldier leads other military men from the both United States and Kenya, during a joint exercise at Bargoni Range in Lamu district in 2008. Photo/FILE

The incoming head of the US Africa Command has promised to consider African countries as part of a review of where Africom's headquarters should be situated.

“I think we ought to consider locations on the continent of Africa,” Gen Carter Ham told a US Senate panel that was assessing his appointment in November.

Gen Ward is credited with having partly soothed the suspicions with which many African leaders have viewed Africom since its inception four years ago.

Liberia is the only African nation that has publicly offered to host Africom.

Misgivings among Africans about the command's purposes caused the Pentagon to scrap initial plans to locate Africom's headquarters on the continent. It has been based in Stuttgart, Germany, for the past three years.

“Some Africans worry that the move represents a neo-colonial effort to dominate the region militarily,” the US Congress' research arm said in a recent report reviewing Africom's creation and current status.

“Reports of US air strikes in Somalia in recent years and US support for Ethiopia's military intervention there have added to those concerns,” the report noted. “Many view US counter-terrorism efforts in Africa with skepticism, and there appears to be a widespread belief that the new command's primary goals will be to hunt terrorists and to secure US access to African oil.”

Africom is also seen as an instrument in the US competition with China for influence in Africa.

In addition to the political obstacles to basing the command in Africa, a 2009 study cited issues such as poor infrastructure as disincentives to moving the headquarters out of Europe.

The instability of many African countries was seen in the study by US Navy officer Otto Sieber as another factor in favour of keeping Africom's nerve centre in Germany or relocating it to the US.

Concerns about the safety of the 1,000 US military and civilian personnel who staff Africom's headquarters makes it additionally unlikely that the command will be moved to a continent viewed as more vulnerable than Europe or North America to an attack by militants.

Transportation factors, however, work in favour of a headquarters in Africa.

Stuttgart is eight hours by air from Kenya, for example, and alternate potential sites in Europe and the US are not much closer.

Regardless of Africom's ultimate location, this $300 million-a-year operation will remain only one aspect of the US's extensive military involvement in Africa.