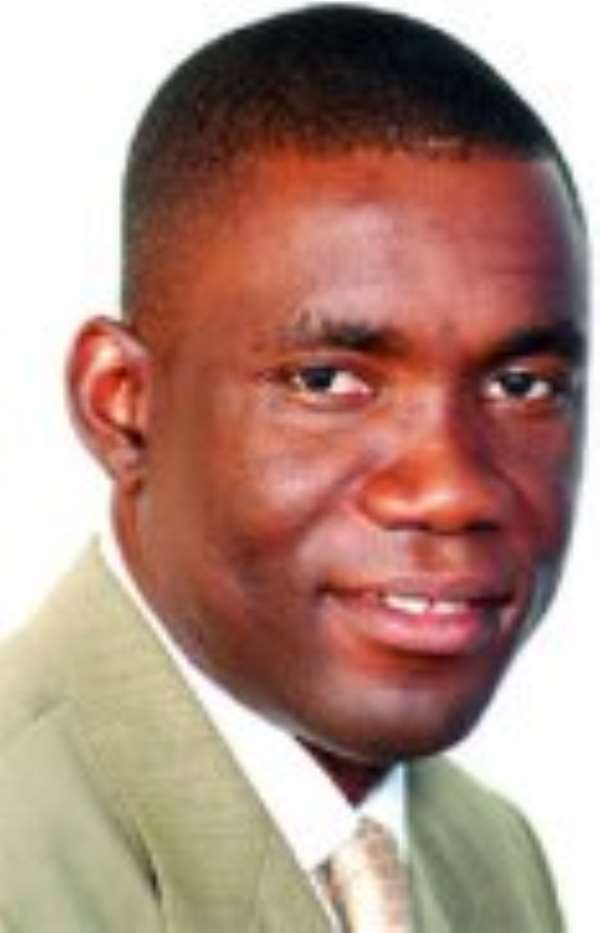 The Managing Director of Barclays Bank, Ghana, , has called for an urgent review of the financial infrastructure and incentive structures in the country to encourage the financial institutions to provide funding for young entrepreneurs.

He also suggested the creation of mentoring schemes, internships and training opportunities for the young entrepreneurs since according to him “providing capital alone is only part of the solution” to the plight of the youth.

Mr Dabrah made the call when he delivered a keynote address at the 62nd Annual New Year School under the auspices of the Institute of Continuing and Distance Education of the University of Ghana, Legon, in Accra on the theme; “harnessing the power of the youth for accelerated development”.

He identified the lack of opportunity to start businesses as one of the critical challenges facing young people in Ghana and noted that; “Given the right combination of motivation, ideas, opportunities, Ghanaian youths are more than able to establish productive and creative businesses”.

He said engaging in entrepreneurship shifted young people from being job seekers to job creators and also from social dependence to self-sufficiency, adding that; “many self-employed youth also contribute to the upkeep of their family, sometimes in a leading role in the absence of parents”.

The Barclays Bank MD, who himself is acknowledged as the youngest Ghanaian to have assumed the position, said despite the potential benefits, majority of the youth in the country continued to look up to the state for employment rather than creating their own jobs and employing others.

According to him, this failure of young people to engage in entrepreneurship had also been attributed to a range of factors such as; socio-cultural attitudes towards youth entrepreneurship, lack of entrepreneurial training in the school curriculum, incomplete market information, absence of business support and physical infrastructure, regulatory framework conditions and in particular, poor access to finance.

The issue of finance to the youth has been a major challenge and the financial institutions in the country have been under severe criticisms for their refusal to lend to start-ups in the country.

The issue of the demand for collateral has also been a major reason why many people shy away from the banks.

It is against this background among others that, Mr Dabrah suggested the urgent review of the financial infrastructure and the incentive structures that would allow the financial institutions in the country to play a more positive role to support young entrepreneurs.

“Studies have shown that what is more effective is the provision of capital together with training in managerial and entrepreneurial skills”, he said adding that; “Ghanaian youth can also benefit from the experiences of established business leaders”.

Mr Dabrah said through mentoring schemes, internships and training opportunities, young people could gain an insight into setting up and running a business, and importantly, how to avoid the potential pitfalls in the real world of business.”

He urged the government to encourage the private sector to take on that important role by instituting the appropriate incentive structures in that regard.

On the issue of youth participation in economic decision making in Ghana, Mr Dabrah did not mince words when he said “I dare suggest that the only way we can address the issues militating against young Ghanaians contributing fully towards the development of our nation is for the government to prioritise the youth in policy making”.

According to him, until now, policymakers had rarely included young people in the decisions-making process or even consulted with them on their concerns.

While reiterating his call for the government, private sector and policymakers to provide technical and financial support to the youth in other to fulfill their potential as agents of change, he called for practical and achievable measures to be instituted.

These include promoting the establishment and strengthening of the capacity of youth clubs, associations and organisations at the community and national levels.

He also pointed out the need for the promotion of interaction between economic policy makers, international partners and Ghanaian youth to learn about their problems and experiences while “instituting regular consultations with youth organisations to get their inputs in the development process”.