ITALY: THE EUROPEAN PARADISE AND THE DILEMMA OF AFRICAN MIGRANTS 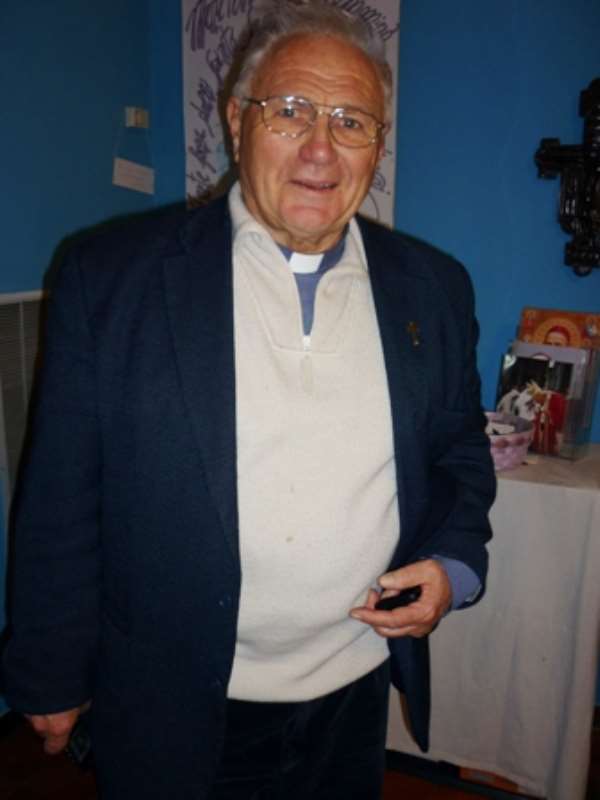 “To say that immigration has always existed can be very witting, but saying that immigration has been understood in various ways is another thing,” Father Toffari said last month, (December 30, 2010) at St. Benedict's parish, Limone sul Garda, south of Italy. It was during an evening gathering, organised by a group of local religious youths, the “Giovanni Passi”.

Father Toffari who came from an immigrants centre in Brescia, (Ufficio pastorale dei migranti, diocesi di Brescia) was bid to share his experience about immigrants with the young Catholics, and he did not hesitate in enlightening them on the seriousness of Italian immigration situation, a rather challenging one as such.

He had followed a recent popular event in the city of Brescia, last November, when a group of migrants felt frustrated by a government decision and so took to a dangerous protest.

Throughout the one-month period, (September 2009), which was granted for the exercise, the turn up was great. Thousands of applicants gladly submitted their forms along with the compulsory 500 Euros, a prerequisite for accepting the applications.

It was a sign of relief to many illegal migrant workers. Soon, they started to swing around with a basket of hope that they have finally gotten the permit, (permesso di soggiorno) to stay and work in Italy.

However, the temptation was also high for those who wanted to make money. The adage that “one man's loss is another man's gain” was quite valid in the case. According to some speculations, a number of Italians and the legal migrants alike started making money on their vulnerable victims, “the illegal migrants”.

Many will argue that with all the apparatus at its disposal, it will be difficult to cheat the state all the times, so the government soon smelled the foul play, especially when some employers started presenting a huge number of illegal migrants to be legalised. This definitely placed many illegal migrants at a crossroad, after they have paid a huge amount of money to come out from the darkness of illegality; the tension was only mounting.

Believe it; this is how it works most times. To be an illegal migrant in Europe is not usually a sweet tale.

The ugly situation was further worsened by the bureaucratic fantasies of the state.

It should be understood that many national parliamentarians are sometimes fanatics in making strong laws. And being who they are, they can be ever ready to defend their own laws, so Italy cannot be an exception.

With the introduction of the “Bossi-Fini law”, 2002, it eventually became a tall order in Italy that as an illegal migrant, the law enforcement agents should be on your heel. And since the law was strictly aimed at zeroing illegal migration in the country, you can only pray if you are ever caught. Among the few available options, you can be resent back to your home country or been given a paper, “foglio di via” to leave Italy.

Part of the complications was that, when the state finally decided to legalise the migrant workers, it was understood that some would not be qualified, because they were once caught as illegal migrants in Italy and they have been given the paper to leave the country.

“An earlier decree for the legalisation of illegal migrants had it clear that it was possible for migrants who already had foglio di via, for a no criminal offence to apply for the permit. However, a later ministerial notice (Circolare Manganelli) excluded this possibility. Meanwhile, a lot of migrants have already submitted their applications and have paid the compulsory 500 Euro…,” Corriere Della Sera reported of Father Toffari on November 2, 2010.

In another of its publication, the same newspaper put the number of applications to be disqualified in the Lombardy region, where Brescia is located, at about 50,000.

If you were an illegal migrant in this situation, I am very sure that you will be frustrated, while a big wound is to be slowly opened up in your mind, like a perilous nightmare.

The reason is simple. The applications that were submitted in September 2009 will soon become a warrant for the police whom in theory never knew that the migrants in question were staying in Italy, illegally. At this point, you can almost hear the heartbeats of the illegal migrants and understand why there was trouble in Brescia.

THE CRANE PROTEST IN BRESCIA
There must be many ways to voice out a serious frustration, no doubt, but one is very effective: that is to shout without reservation, as was evidenced in the Brescian crane protest, last November.

Concluding that they have nothing to lose anymore, some six illegal migrants eventually decided to climb a construction crane, some 35-meter high, and for two weeks, they did not end their protest at san Faustino, a busy street in the city.

“We're not coming down until they give us a positive answer. We're not afraid of anyone,” APF reported of one of the migrants on the high crane.

To sustain a high momentum, the migrants, mainly from Africans were doing shifting on the crane. Meanwhile, the inhabitants of Brescia were already summoned for the rare occasion.

Well, the migrants on a high construction crane can be symbolic and it is comprehensible.

To be legal or illegal people might not necessarily be the reason why these migrants came to Europe, but to work and make better lives. And being illegal migrants, some of them still work, illegally, with all the exploitative characteristics of illegal work.

Perhaps, then, they just wanted to “work legally” so they can have the true benefit of work and to appreciate their “dignity of labour”.

BEYOND THE NOVEMBER PROTEST
The northern cities of Italy are no longer new to immigrants' protests. A lot has been organised this lately and more are likely to follow in the future, especially now that many labourers are beginning to summon up enough courage to demand better treatments from their employers.

This is an ageless struggle. It was what brought more than 30 million Africans to the Americas and Europe prior to the industrial revolution, when machines practically became a substitute for most of the jobs earlier done by men.

The capitalist masters of Europe wanted to make much money and dominate over other people. And they did this by cheating on their labourers, by refusing to pay them for their labour and treat them according to what they are, “human beings, workers”.

Anyway, do not lose hope; we will all learn someday.

Nigrizia is a missionary monthly magazine. It is an Italian champion on African issues. In its edition of this month, January 2011, it published a dossier on African migrants in Italy and it was sadness.

Whoever said that immigration was a simple equation could have misinterpreted it, so while the Europeans laws can hold sway on who is legal or illegal “migrant”, let the human person be given his own respect so that the rules of engagement can truly have a meaning.