NPP may be suffering from menopause – Kuntu Blankson 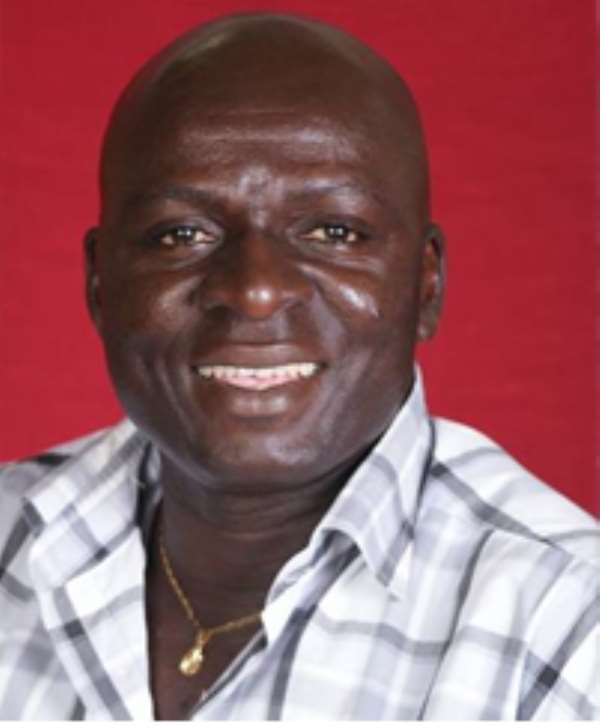 
The Majority Chief Whip and Member of Parliament for Mfantseman East, George Kuntu Blankson says the actions of the NPP seem like somebody who is at a menopausal stage.

According to him, there is a change when somebody hits menopause where the person refuses to see anybody's point of view or listen to any other opinion but does what he or she thinks is right, and that the NPP is exhibiting such menopausal traits.

Mr. Kuntu Blankson was reacting to statements made by NPP Chairman, Jake Obetsebi-Lamptey that Ghana's image is sinking under President Mills.

Mr. Obetsebi-Lamptey stated that President Mills has since he took over, ensured that the international image of Ghana has been sullied and the country's image has come under atttack.

Mr. Obetsebi-Lamptey told Adakabre Frimpong-Manso that when the Mills-Mahama government took over from the J.A. Kufuor government, Ghana was riding extremely high in international circles; "former President Kufuor had been chairman of ECOWAS twice and had been invited to the G8 and G20 Summits.

He said Ghana's voice was heard in the corridors of power and its advice was sought because the country was seen as being the champion of democracy in Africa and a real hope for Africa to the extent that the first trip the US President Barack Obama made to the land of his forefathers was to Ghana.

According to him, because of what ex-president Kufuor was able to do; the trust he was able to build outside of the country and the emotional attachments that he was able to arouse on Ghana's behalf, a lot of help came the country's way such as how quickly Ghana was able to access and graduate from from HIPC, gaining access to a Millennium Challenge Account of 547 million dollars for developmental projects among others.

“President Mills inherited all these and his job was to take it up and build on it, to take it up to even higher heights but what is happening now: we are frowned upon by ECOWAS, there are some meetings that we are not invited to because they don't feel that we are part and parcel of maintaining the unity of Africa.

“There are other ECOWAS meetings that will be held that we may not be invited to because our stance may not be seen as a country that is helping the rest of the body to be moving forward or in the direction that has been agreed on,” he stated.

He continued that the Mills-Mahama administration almost got Ghana banned from FIFA and has succeeded in getting the country suspended by the International Olympic Committee (IOC) thereby probably ruining Ghanaian footballers' chances of winning Olympic gold saying all these developments are totally unnecessary and destroy the reputation of the country.

However, the Majority Chief Whip totally disagrees with Mr. Obetsebi-Lamptey saying it is sad that a person whose government has ruled this country before can make such statements.

He revealed that, the American government had in a letter commended President Mills for helping reduce to the barest minimum, the drug menace in the country while insisting that projects like the STX Housing deal are all helping to positively project the country's image.

Mr. Kuntu Blankson said everything was all fun during the NPP era where they travelled incessantly and drug peddling increased phenomenally.

He urged that as a people it is important to join hands to solve pertinent national problems than to behave like ostriches and bury our heads in the sand.

He however stressed that what has been destroyed in eight years cannot be repaired in two years so people should exercise some patience.