The Politics of Peace

By John Dramani Mahama - Vice President of the Republic of Ghana 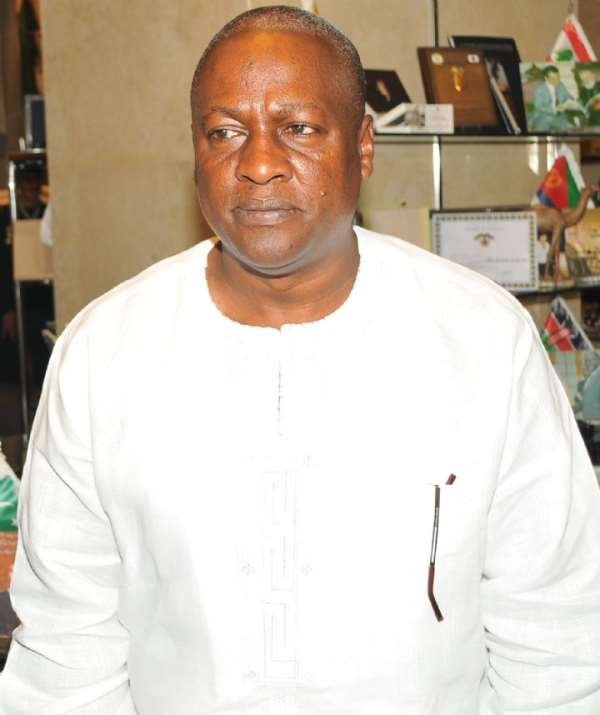 The practice and promotion of peace is a powerful tool of diplomacy that has all-too-often been misunderstood, especially in Africa. This became clear to me recently when Ghana claimed a position of peace and nonviolence in regards to the recent developments in its neighboring country, Cote d'Ivoire.

The international community has recognized opposition candidate Alassane Ouattara as the legitimate democratically chosen winner of the November 2010 presidential elections in Cote d'Ivoire. Nevertheless, presidential incumbent Laurent Gbagbo has also claimed victory and is refusing to relinquish power. The situation in that nation has grown increasingly tense, and dozens of lives have already been lost.

On January 7th our president, John Evans Atta Mills, announced that Ghana is unable to contribute troops for any mission to forcibly remove Mr. Gbagbo from office. Surprisingly, this decision was met with a fair amount of both suspicion and scorn -- despite the fact that Ghana had already publicly aligned itself with the position of the African Union (AU) as well as that of the Economic Community of West African States (ECOWAS), both of which are intent on arriving at a just resolution, one that respects the will of the Ivorian electorate.

It struck me as odd and disturbing that our president's plea for peace to be given an adequate opportunity to prevail could be so easily ridiculed and dismissed. What it immediately brought to mind for me were the still-relevant words spoken by Dr. Martin Luther King, Jr. in 1964 after being awarded the Nobel Peace Prize. "Nonviolence," Dr. King said, "is the answer to the crucial political and moral question of our time -- the need for man to overcome oppression and violence without resorting to violence and oppression. Civilization and violence are antithetical concepts."

Could it be that Africa has been witness to so much violence and oppression that we have actually come to believe it should be an acceptable, if not automatic, response? Hasn't there been enough bloodshed on the continent? Consider: a war in the Democratic Republic of Congo (DRC) that, since 1998, has claimed 5.4 million lives; two back-to-back civil wars in Liberia claiming upwards of 250,000 and displacing millions; the mass murder of a million Rwandans during the 1994 genocide; an 11-year civil war in Sierra Leone that left over 50,000 dead; decades of war and genocide in the Sudan that has killed nearly a million people and displaced at least twice that number. Sadly, the list does not end there. Even Cote d'Ivoire, just within this past decade, was also marred by a 7-year civil war.

The stand that Ghana has taken on the crisis in Cote d'Ivoire should not come as a shock to anyone. Since becoming the first sub-Saharan African nation to gain its independence, Ghana has always been a champion for freedom and peace. Our founding father, Dr. Kwame Nkrumah, went so far as to declare that Ghana's independence "is meaningless unless it is linked up with the total liberation of the African continent."

The irony in President Atta Mills' statement that Ghana would be unable to send troops to oust Mr. Gbagbo is that our supplementary forces are currently engaged in peacekeeping missions throughout the world. Under the flag of the United Nations, Ghana currently has peacekeepers in the DRC, the Darfur region of Sudan, Liberia, Sierra Leone, Chad, Kosovo, Southern Sudan, Lebanon and, of course, in Cote d'Ivoire.

On January 13th, the African Ambassadors to the United Nations held a meeting at the behest of the African members on the UN's Security Council -- Gabon, Nigeria and South Africa -- to discuss the dilemma of Cote d'Ivoire. The emerging consensus was that a military option is no option at all. This is not synonymous with inaction. To the contrary, it is representative of the sort of unity and cooperation that has not been seen on the African continent in the political arena since the post-colonial era.

The final days of January will find African heads of state in Addis Ababa at an African Union summit working together to create solutions to the evolving refugee issue, an obvious and unavoidable result of the more pressing problem, the discord in Cote d'Ivoire.

I am pleased by this recent chain of events that point Africa in the direction of nonviolence because for far too long the struggle for power has taken precedence over the survival of people. In his acceptance speech after being awarded the Nobel Peace Prize in 2001, former Secretary-General of the United Nations, Kofi Annan, also a native son of Ghana, reminded the world that, "The 20th century was perhaps the deadliest in human history, devastated by innumerable conflicts, untold suffering, and unimaginable crimes." In no place was this more evident than Africa.

But already Africa is changing, indeed has changed. Look at South Africa; look at Kenya; look at Liberia, Sierra Leone, and Sudan. Look at Tunisia.

Perhaps that's why in his speech Secretary-General Annan also reminded us that, "In this new century, we must start from the understanding that peace belongs not only to states or peoples, but to each and every member of those communities. ...Peace must be made real and tangible in the daily existence of every individual in need. Peace must be sought, above all, because it is the condition for every member of the human family to live a life of dignity and security."

This is the new Africa, a continent that is fast being defined by a politics of peace, and by the will of people who are empowering themselves to shape their own future.

------------------------------------------------
His Excellency John Dramani Mahama is a writer, historian, communications expert, former Member of Parliament and Minister of State, and sitting Vice President of the Republic of Ghana. An eloquent champion of the underprivileged, in 1996, Mr. Mahama was elected to the Parliament of Ghana for a four-year term to represent the Bole/Bamboi Constituency in the oft-overlooked Northern Region of the country. He was re-elected twice more and served until 2008, when the New Democratic Congress (NDC) won their presidential bid and Mr. Mahama became vice-president-elect.

A writer as well, he penned "Mahama's Hammer," a popular semi-regular column in a local Ghanaian newspaper. He has also had essays published in the Louisville Courier-Journal and TheRoot.com. A staunch environmentalist and activist against single-use plastic waste, he was recently a featured speaker at the TEDx Great Pacific Garbage Patch conference in Santa Monica, California, USA.