Lack of funding to blame for accidents – Road Safety Officer 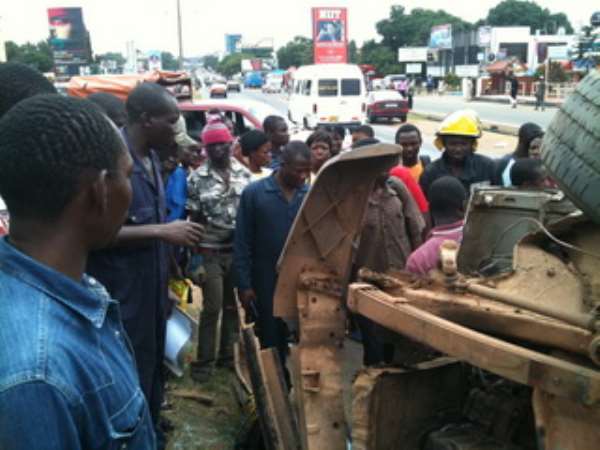 
The Deputy Director in charge of Research, Monitoring and Evaluation at the National Road Safety Commission (NRSC), Rudolph Beckely, has attributed the growing spate of accidents in the country to lack of funding for the NRSC and other stakeholders.

Mr Beckely also said his outfit is a toothless dog in ensuring that the right things are done by stakeholders of road safety- Motor, Traffic and Transport Unit (MTTU), Ghana Highway Authority (GHA) and revealed that a motion has been tabled to upgrade the Commission to an Authority in order to better check the activities of the stakeholders.

Speaking on Joy FM's Super Morning Show, Mr Beckely said the major complaints by stakeholders is the paucity of funds to embark on proposed projects.

“You'll observe that when we have those meetings, the stakeholders, majority of them always blame the issue [inability to implement policies] on funding.

“Let's take for example the Ghana Highway Authority; when they had indicated in their action plan that they were going to provide safe crossing points to ensure that black spots are reduced and all that, when we went to the post evaluation meeting to find out whether those things had been achieved, it's all blamed on money,” he said.

He said the current regulatory framework is a hindrance in their mission to ensure stakeholders are held more accountable for their responsibilities and promised more action should the NRSC be upgraded to an Authority.

“If we were to have that effective mandate to demand compliance, we will go beyond the fact of funding,” he said.

Mr Beckely however conceded that his outfit is also saddled with the problem of funding.

According to him, in 2008 alone, road traffic accidents cost the nation $288 million and added that his outfit were allocated only about 0.5% of that amount.

“So therefore even though we have the capacity to handle the situation, we are constrained on account of the funding,” he lamented.