Case of Asabee, eight others adjourned 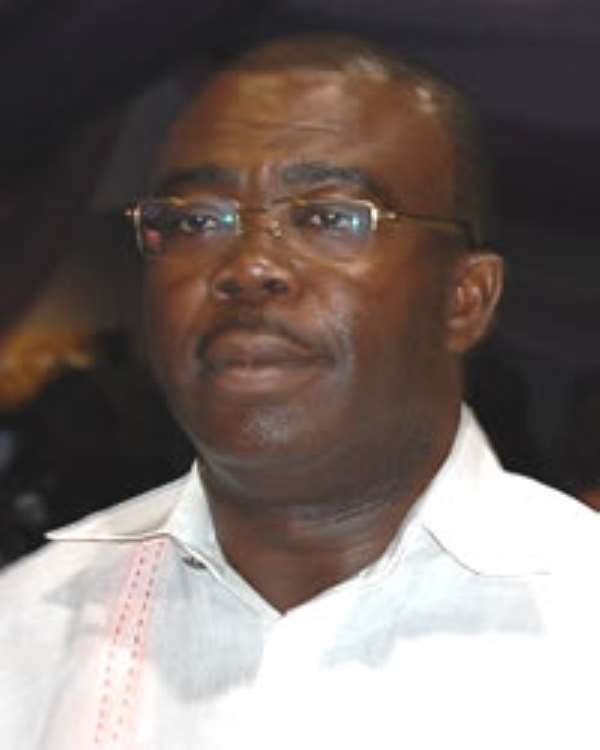 
The Accra Fast Track High Court yesterday adjourned the case involving a former Minister for Information, Mr Stephen Asamoah-Boateng, aka Asabee, and eight others over an GH¢86,915.85 contract for renovation works at the ministry following the absence of the prosecutor and a witness in the case.

The court adjourned the case to February 9, 2011 as a result of the absence of Mr Anthony Gyambiby, a Chief State Attorney, and a witness in the case, Mr Samuel Okudzeto-Ablakwa.

Mr Ablakwa was expected to be cross-examined by the defence team but he was absent when the matter was called. No reason was given for his absence.

A representative from the Attorney-General's office who had come to the court to do a case could not explain what had led to Mr Gyambiby's absence.

Following the development, the trial judge, Mr Justice Charles Quist, directed that hearing notices should be served on parties in the case to enable them to attend court on the next adjourned date.

They are alleged to have conspired to contravene the Procurement Act by not following the due process in obtaining a contract amounting to GH¢86,915.85 for renovation works at the Ministry of Information.

Domua, a manageress and cousin of Zuleika, is charged with conspiracy to commit crime, after which she was granted a GH¢10,000 bail with two sureties.

Kofi Asamoah-Boateng faces six counts of forgery of official document, possession of forged documents and forgery and possession of false document, while Denkyira faces a charge of conspiracy.

Prosper has also been charged with four counts of possession and forgery of document of architects, an engineering certificate and a false tender document.

All the accused persons have pleaded not guilty to the charges and have all been admitted to bail.

Mr Ablakwa had, in October 2010, stated in his evidence-in-chief that the accused persons did not comply with procurement procedures before the award of the contract.

He is expected to be cross-examined by defence lawyers on February 9, 2011.