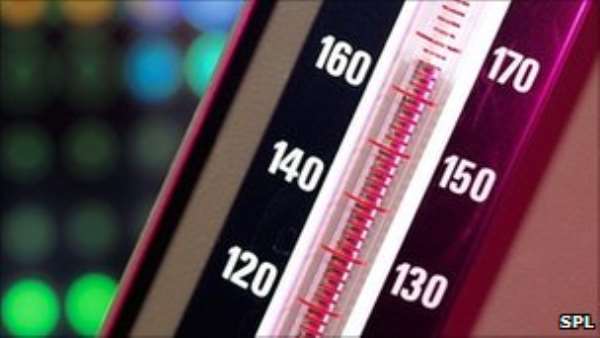 
A combination of drugs is better than a single one in treating high blood pressure, a study has suggested.

The research, published in the Lancet, found starting treatment with two drugs gave better and faster results, with fewer side effects.

The approach challenges conventional medical practice where doctors give a patient one drug, then add another later if blood pressure stays high.

Almost 10 million people in the UK have high blood pressure.

Treatment with anti-hypertensive drugs is known to reduce the risk of stroke and heart disease.

They compared the effects of giving one drug (either aliskiren or amlodipine) or a combination of both.

Patients given the combination of drugs had a 25% better response during the first six months compared with those on conventional treatment, the study found.

This equates to a 6.5mm Hg greater reduction in systolic blood pressure.

Participants were also less likely to stop taking their medication due to side effects.

The two drugs can be given as a single pill, making it easier for patients to take.

Professor Morris Brown of the University of Cambridge said the study "breaks the mould for treating hypertension".

He said: "Most patients can now be prescribed a single combination pill and know that they are optimally protected from strokes and heart attacks."

The British Heart Foundation, which is funding follow-up research, said good control of blood pressure is hard to achieve in many patients.

Associate medical director Professor Jeremy Pearson said: "This study adds significantly to the evidence that starting treatment for patients with high blood pressure with two medicines rather than one is safe, and more effective than waiting to add the second medicine later."

The research was funded by the pharmaceutical company Novartis, which makes amlodipine and aliskiren.

The combination pill was approved by the FDA for use in the US last year.