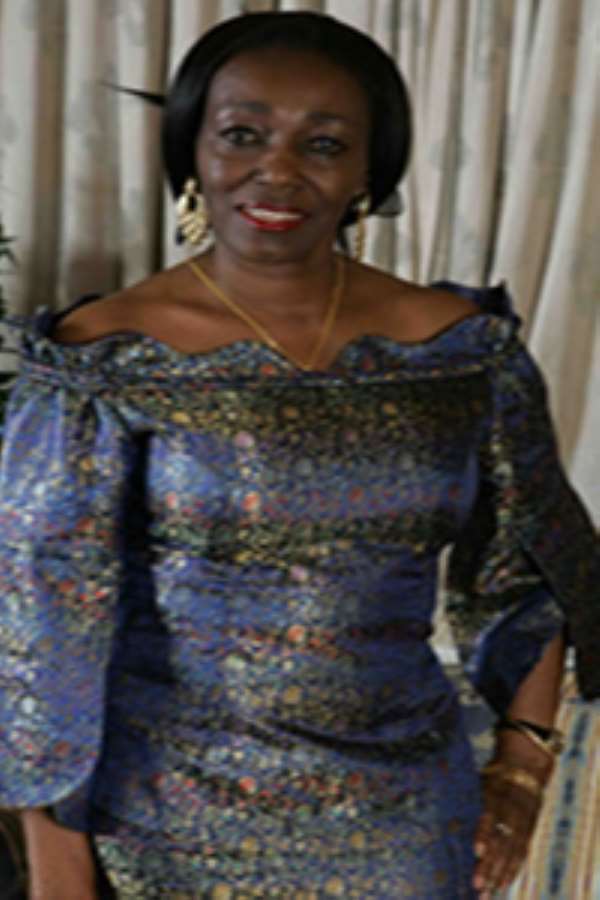 
A lecturer at the English Department of the University of Ghana, Legon (UG), Dr. Mawuli Adjei, has accused the ruling National Democratic Congress (NDC) of being structurally too weak to institute disciplinary measures against former First Lady, Nana Konadu Agyeman-Rawlings.

According to him, the NDC as a political party is unable to discipline its members who usually go against the party's rules and regulations.

His remark comes on the heels of the latest publicity stunt regarding some posters with the inscription 'Hope for Despaired Ghanaians' believed to have been printed by some NDC activists in support of the alleged presidential ambitions of Mrs. Rawlings.

The brightly coloured posters with a portrait-sized image of the former First Lady which have been once again introduced to Ghanaians and hanged at strategic positions in the cities of Accra, Kumasi, and other parts of the country, comes barely 96 hours after President John Evans Atta Mills held his second media interaction at the Castle, Osu, last week.

The posters, with very outstanding features, carry the message which reads: “This year we the NDC foot-soldiers wish everyone in Ghana, a New Year filled with hope for the future because of our new expectations – a hopeful New Year for a bright future”.

Leaders of the Movement For Nana Konadu 2012 have denied being behind the printing of the posters but says they support it since it does not cause any harm and it promotes the cause of the former First Lady.

Speaking on e-TV's Breakfast TV Newspaper Review, Dr. Mawuli Adjei accused the NDC of being responsible for their own woes, adding that the ruling party has given more than enough room to Nana Konadu by its stance that she has not openly come out to comment on the posters of her presidential ambitions.

“…the NDC as a party is structurally weak, if the structures were strong on the ground, then the NDC as a party should be able to contain Nana Konadu because what she is doing is very illegal, because the party hasn't opened its nomination. They keep saying she has not declared anything. I don't know what they mean by she has been silent. How much more do they want this woman to come out and tout her ambition to run for president?” he fumed.

Dr. Adjei believes the former First Lady's silence is loud enough to tell the NDC what to expect.

“…nobody will sit down and watch in silence for people to do things you do not approve,” he added.

The poet and one-time Chairman of the Board of Directors of the Ghana Institute of Languages (GIL), lashed out at the Rawlingses and their cohorts and asked them to spare the country and the NDC their nuisance. He accused the Rawlingses of being involved in the politics of impunity and was emphatic that there is no way Nana Konadu can sail through the primaries successfully to unseat President Mills.

He rebuked the pressure group calling itself FONKAR – “Friends of Nana Konadu Agyeman Rawlings” for attacking anyone who speaks against the Rawlingses, vowing that he is “never going to stop speaking the truth”.

“What Nana Konadu is doing is an act of political impunity and irresponsibility. I know FONKAR will attack me again…but they can go to the internet and descend on me…I don't care,” he said.