Of Contracts, Foot soldiers And The Birthright 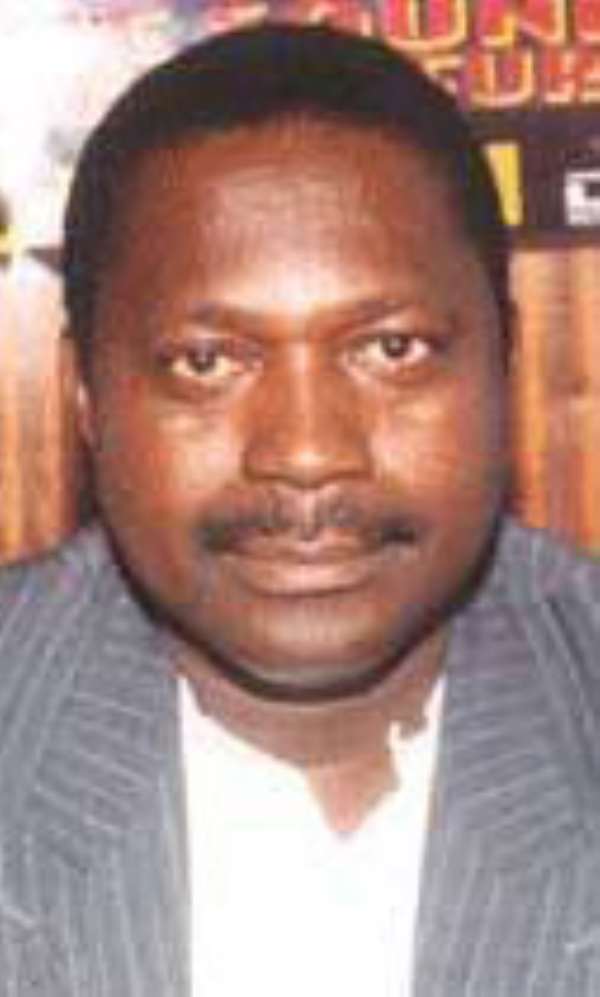 Now we know why they are so violent. The so-called foot soldiers are having a running battle with District Chief Executives throughout the country, as a means of extracting contracts.  And that is official. If a DCE offers contracts, he or she buys his or her peace.

On the other hand, when contracts are not forth-coming, the President's representatives in the district ought to be chased out. It answers for all the DCEs being locked out.

According to Alhaji Abdullah Haruna Friday, Metropolitan Chief Executive of Tamale, foot-soldiers of the party 'use disrespectful and violent means to demand contracts, monies and other privileges'  from the district representatives of the Head of State.

The foot soldiers know what they are doing. On Friday, President John Evans Atta Mills told a bewildered nation that the National Democratic Congress, which is the ruling party, owes its birth-right to the events that culminated in the December 31 coup d'etat, and that he would not stop any official of his administration from celebrating the event.

It tells a lot about why hot-headed foot soldiers are visiting mayhem on officials of state. The party was born in anarchy and has always thrived on anarchy, we are told.

It is not the best that those who suffered in the so-called revolution of December 31st, 1981, are always reminded of the pain they suffered when Jerry John Rawlings unleashed his reign of terror that lasted for well over a decade.

For all the attempts to re-write history that followed the military mis-adventure, December 31st was one man's means of becoming the Head of State of this Republic. And he got it through violence.

The force of violence was so overbearing that no one dared stand in the way of one man, and people who claim to believe in him. By employing the intimidating tactics of violence, foot soldiers are only replaying the events leading to December 31st, in the hope that they would reap where they had not sown.

In a moment like this, I recall the President's advice to his Ministers, as well as district, municipal and metropolitan representatives to cater for the party's foot soldiers.

In effect, if you are foot soldier, you have more rights to state largesse than the ordinary Ghanaian, which explains why the agitation would never stop.

It is becoming clearer by the day that this administration's main purpose is to cater for the NDC. It is only after NDC officials have had their fill that the spill over would reach those of us, the wretched of the earth.

I suppose the founder of the party is making boom speeches all over the place, because he believes that as founder of the party, he should have been treated as the God Father. The other day, he stood at the Teachers Hall mocking the President and his top aides.

I would like to believe that as the founder, he expected the President to come to him with his list of Ministers for approval.  I suppose, he is irked by the fact that key appointments are made without his inputs.  They say if you dine with the devil, you must be prepared to eat what you get.

Jerry Rawlings was a Head of State for nearly two decades. That is a fact no one could take away from him. So long as we, as a nation,  continue to apply the Fourth Republican Constitution, Jerry Rawlings would go down in the record books as the longest serving Head of State this nation ever had.

A person with that distinction ought to have a statesmanlike appeal about him. But Jerry is no statesman. He owes his place in history to the intimidating powers of the gun.

Some would argue that for eight years, he was Constitutional President of this Republic, and that he never held the gun to the heads of Ghanaians, when the people queued to thumb-stamp his status.

Be of as it may, the atmosphere at the time of the two elections, following the return to constitutional rule, were such that people wanted a peaceful end to his violent ways.

Evidence still abounds though that Jerry Rawlings does not believe he deserves to be on the sidelines. He would obviously like to dictate from the front, rather than seek favours through other leadership.

The vituperations he poured out against former President John Agyekum Kufuor and his Ministers at the last celebration of December 31st should not be allowed to go without comment.

Here was Jerry Rawlings accusing Kufuor and his high ranking officials of murder, and virtually ordering the Atta Mills administration to arrest and put them in prison. At a point in time, he was suggesting that Kufuor and his Ministers ought to be put to death, accusing them of killing people only Jerry John Rawlings knows about.

I do not believe logic has played any role in the reasoning contour of the man this nation has had the misfortune of addressing as His Excellency, the Head of State for nearly two decades.

According to Jerry John Rawlings, some ordinary ranks of the military were responsible for the death of the deceased Chairman of the Convention People's Party in the Northern Region, Issa Mobilla.

The soldiers, according to the sermon from the Teachers Hall, were in turn given orders from senior officers in the army, who were themselves given instructions by certain Ministers in the Kufuor administration.

In effect, it was those Ministers who were responsible for the murder of the former Northern Regional CPP chairman, and should be arrested and dealt with according to the gospel of Jerry John Rawlings.

In moments like these, one remembers the many Ghanaians who were spirited away under the cover of darkness, in the so-called revolution that Jerry John Rawlings launched.

Apart from the three Heads of State, and five serving senior officers who were executed by firing squad, hundreds of Ghanaians, most of whom were the well to do of society, were killed or disappeared in very mysterious circumstances.

If anybody in Ghana should be linked to murders in this society, I do not believe there would be many in this country more qualified to be called upon to explain themselves, than the self-imposed Head of State, who metamorphosed to become constitutional President of Ghana, after the enactment of some of the most draconian laws ever enacted to guide the conduct of affairs of this nation.

When Jerry Rawlings calls ex-President Kufuor a murderer, it is the height of a con job. I have stated over and again that one of my greatest regrets as a Ghanaian is that Jerry John Rawlings was allowed to become a Constitutional Head of State of this Republic.

If you ask me, whether I have a problem with the NDC as a political concept, there is your answer!