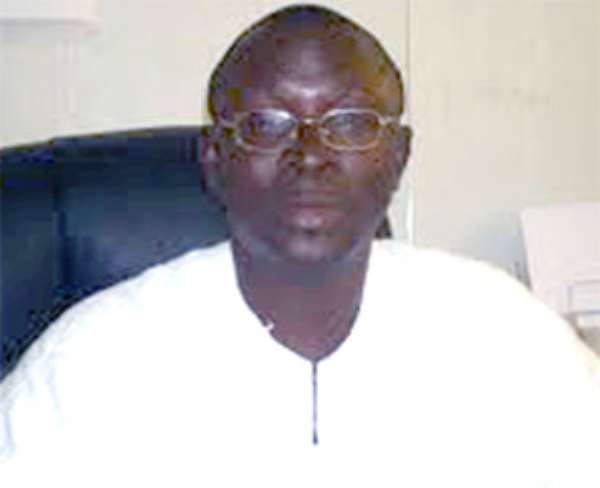 ALL IS not well in the West Mamprusi district capital of Walewale, in the Northern region, as a clash between a police team deployed to the area and some National Democratic Congress (NDC) foot-soldiers who have vowed to depose the District Chief Executive (DCE) is imminent.

The foot-soldiers have vowed that their anger could only be dissipated if Laud Abudu Sulley Zakaria, the DCE, was given the sack immediately.

The DCE, according to reports reaching DAILY GUIDE , was currently under a 24-hour police protection at his residence and had already surrendered his official vehicle to the police.

There is some latent fear and panic in the district capital.

The aggrieved foot-soldiers, according to DAILY GUIDE sources, were armed to the teeth for a possible clash if he dared to get closer to his office, which was locked up last Wednesday during a demonstration.

According to sections of the youth, they had gathered reports that the regional minister and some mediators were making efforts to let the DCE resume work. The youth however warned that the authorities should stay off the matter if they wanted peace to prevail.

Hundreds of NDC supporters, last Wednesday, hit the streets of Walewale for the second time in five months in protest against what they described as the tyrannical leadership of Lord Sulley Abudu Zakari.

They locked up the offices of the DCE and attempted lynching him. He however got wind of the demonstrators' intended action and escaped.

The DCE, who assumed office barely two years ago, has witnessed two violent street protests over his style of leadership which members of his party had openly criticized and therefore called for his removal.

There is also information spreading through Walewale and its suburbs that the Northern Regional Minister, Moses Bukari Mabemgba, was scheduled to personally see to the return of the DCE to his office. But chairman of the Azorka Boys, a group of NDC activists in Walewale, Alhaji Abubakari Ibn Sulemana, told DAILY GUIDE that if the information turned out to be true and was implemented, it could result in bloodshed.

'The NDC youth are not demonstrating because they have not been given contract or jobs. No. That is not the intention because they all agree that times are hard. The aim of the first demonstration and the recent one was as a result of the open disrespect and arrogance being exhibited by Sulley Zakaria.

'His bad attitude toward the party executives in this area, as well as some senior officers and opinion leaders is fast making the party unpopular. Some people are now saying they have regretted voting for the NDC.... they are saying this because the DCE decides to walk on any head at all, as he desires. You don't expect people who campaigned on empty stomach and defied all risks for the NDC, to sit unconcerned.

'I can't tell you exactly what they will do, but I know it will not be pleasant if they get hold of the DCE. He has caused people to hate him because of his careless utterances,' Alhaji Ibn Sulemana charged.

On Wednesday, January 5 2011, some youth of the NDC, drawn from most communities under the West Mamprusi district, came out to demonstrate against what they termed 'bad manners' of their DCE.

They threatened to maim the DCE if they saw him in his official Navara Pick-Up after the demonstration. As a result, he was forced to park the vehicle at the police station till further notice.

However, a spokesman of the demonstrators, Sulemana Muntaka, in a telephone interview with DAILY GUIDE said it was the DCE's arrogance, disrespect to elders and his bad ways of administering the district that had compelled people to hate him.

At the time of going to press, DAILY GUIDE gathered that the Regional Security Council had sent a team to the trouble spot to plead with the agitated youth, who insisted that peace could only prevail if the DCE was removed.

Regulatory agencies to begin random checks at offices to ens...
4 minutes ago