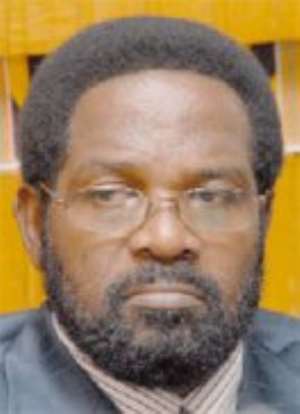 Accra, the national capital of Ghana, joined the league of other cities in Africa to become a Millennium City last year.

Indeed, the declaration of Accra by Development economist Dr Jeffrey Sachs and the Metropolitan Chief Executive of the Accra Metropolitan Assembly (AMA), Mr Alfred Vanderpuije, was hailed as a positive move to develop the city which is challenged with poor environmental sanitation, bad roads, traffic congestion and its attendant air pollution, among others.

The Millennium Cities Initiative is a project of the Earth Institute of Columbia University and acts as an urban counterpart to the Millennium Village project designed to assist seven mid-sized cities across sub-Saharan Africa achieve the Millennium Development Goals.

Kisumu, Kenya's third largest city; Blantyre, Malawi’s most populous city; Akure, the capital of Ondo State in Nigeria, the largest state in Nigeria’s southwest and in the Yoruba cultural region, with a population of about 350,000, and Bamako, Mali’s administrative and economic capital, are some of the Millennium Cities in Africa.

The rest are Segou, located in the heart of West Africa on the banks of the Niger River and described as Mali’s prestigious capital of the ancient Bambara kingdom; Louga in Senegal, with a population of roughly 120,000 and the smallest of the Millennium Cities, and Mekelle, the capital of the Tigray Region, the largest city in northern Ethiopia and the sixth largest in the country, covering 28 square kilometres, with an estimated population of 175,000.

Kumasi, also in Ghana, is a member of the Millennium Cities.

Mr Vanderpuije, in an interview with the Daily Graphic, observed that Accra’s stride to move from an average city into a modern one would be better realised under the initiative which, he stated, was beginning to have an impact on residents in the metropolis.

According to him, the Millennium schools and other facilities being built by the assembly are part of moves to transform schools in Accra under the project.

The AMA, with the support of its development partners, would embark on the first phase of the Community Upgrading Project, which seeks to transform some of the communities in Accra, including Ga Mashie, Chorkor, Nima, Mamobi, Osu and Adabraka, into modern settlements with improved roads, water and electricity supply, among other basic amenities.

Consequently, Mr Vanderpuije said four batches of students had already visited the communities to undertake feasibility studies of how best to begin the transformation process.

The challenges of transforming Accra are indeed daunting and go beyond the provision of infrastructure to changing some negative habits such as indiscriminate dumping of garbage and littering, which contribute immensely to the city’s sanitation woes.

Indeed, the growing number of slums, the increasing petty trading and hawking along major roads, insanitary conditions and poor conditions of roads are but a few of the numerous challenges that residents face.

In addition to helping to engender a climate in which foreign investment could thrive, the initiative will help the Millennium Cities carry out needs assessments in a wide array of social sectors and the data used to develop and implement integrated City Development Strategies that are explicitly based on the Millennium Goals.

12 organised crime suspects busted for carjacking, robbery a...
58 minutes ago