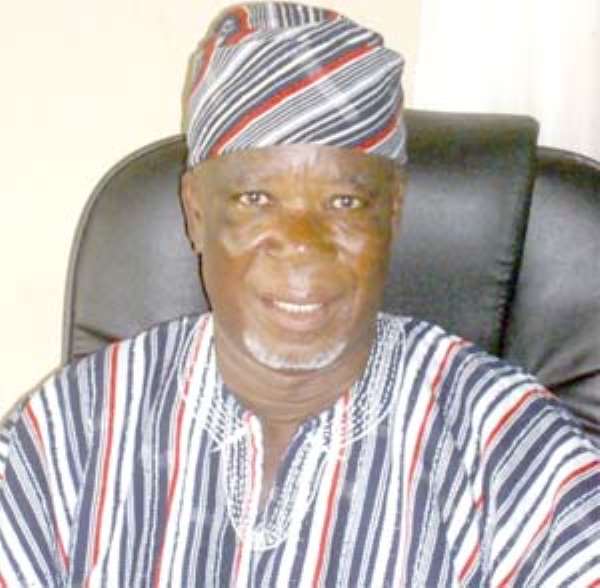 Mahama Jinapor II, the applicant in the case, dragged six respondents including the Yagbonwura, Tuntumba Bore Eassa I, to court over his purported deskinment on 13th May 2010.

The Gonja Traditional Council, in a letter signed and thumb-printed by 10 paramount chiefs in the area and copied to various relevant stakeholders, resolved that it had lost confidence in Buipewura Abdulai Mahama Jinapor II and demanded that he be immediately deskinned.

The letter indicated that during the 3rd day of sitting of the 1st ordinary meeting of the Gonja Traditional Council held on May 13, 2010 at Damongo, a case involving Buipewura and Monowura was tabled for discussion.

According to the letter, the Buipewura was alleged to have arbitrarily deskinned the Monowura on grounds that he failed to support him while seeking to be enskinned as Buipewura.

It added that the Monowura allegedly failed to pay Jinapor homage after ascending the throne as Buipewura, reasons for which the Monowura was deskinned.

Several emissaries including the Waisepewura, it noted, tried resolving the impasse between the two but to no avail, leading to the issue being brought before the overlord of Gonjaland.

The Yagbonwura and his elders disclosed that during the meeting to resolve the impasse, the Buipewura pulled a gun, resulting in pandemonium which led to the abrupt end of the meeting.

It therefore noted that Jinapo's actions amounted to arrogance and disrespect for the overlord and the Gonja Traditional Council as well as citizens and must henceforth cease to be the Buipewura.

The Gonja Traditional Council, accordingly, in a letter dated May 14, 2010, right thumb-printed by the Yagbonwura, appointed a five-member committee chaired by Kagbapewura Kodia Mahama to oversee the affairs of Buipe traditional area until a substantive Buipewura was enskinned.

Buipewura Abdulai Mahama Jinapor II, feeling unfairly treated, headed for the courts, contesting the decision of the council. He insisted that he was still the legitimate occupant of the Buipe skins.

He prayed the court to declare null and void the decision of the traditional council, in a letter dated May 13, 20, purportedly deskinning him as Buipewura and further requesting general damages.

But after months of battling in the courts, with counsel of both parties presenting their case, the court has finally set January 13, 2011 for the ruling to determine the fate of Mahama Abdulai Jinapor II and the Gonja Traditional Council.

Meanwhile, DAILY GUIDE has gathered that there was some sort of tension in the area, which was recently hit by devastating floods, following pockets of recurring violence due to the chieftaincy brawl between various factions.

The judge has therefore cautioned both sides to conduct themselves well before the final ruling, hinting that any person caught destabilizing the peace in the area would be dealt with in accordance with the law.

He advised them to remain united and calm even after the court had given its verdict, noting that they were all one except that chieftaincy litigation had sought to divide them but disclosed it would soon be over.