EC : We Are Sorry 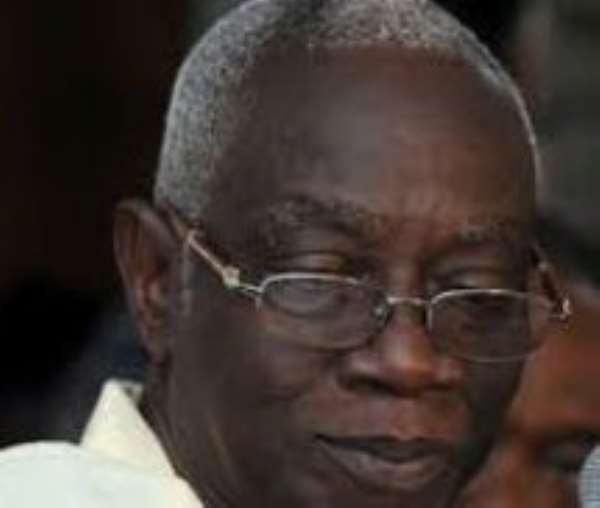 The Chairman of the Electoral Commission (EC), Dr Kwadwo Afari-Gyan, has apologised to Ghanaians for the widespread inconvenience caused to candidates and voters during the district level elections.

The EC boss also appealed to the electorate not to be disappointed but exercise their franchise by voting massively within their localities at the opportune time.

Speaking to the Daily Graphic, Dr Afari-Gyan said, “Yes, we will apologise to the Ghanaian electorate for the inconvenience but not any political party because the election is not partisan.”

He explained that the problem arose because of the quantum of work involved in the exercise, especially the number of ballot papers to be printed, but not lack of funds.

He said just like all elections in the country, money was not released in bulk but rather based on the timetable/schedule prepared by the EC to the government.

Dr Afari-Gyan, who spoke from the field where he took part in monitoring the election process, said the Commission could not complete the work on time due to the fact that it had to wait for Parliament to finish its work on the instrument involving the local level elections.

Giving other reasons for the uncertainties, Dr Afari-Gyan said since both the district level and unit committee elections were being held on the same day, it involved the printing of more than 12,000 different sets of ballot papers.

He also said the number of candidates in the electoral areas was overwhelming such that in one particular electoral area, as many as 42 candidates stood for the position of a unit committee member.

He said unlike the presidential and parliamentary elections which involved fewer numbers of people, the local level elections involved thousands of candidates who all had to have their pictures on the ballot papers to enable voters to identify and vote for them.

When he was asked why so many people were allowed to stand in one area, Dr Afari-Gyan said “there is no way anybody could stop a qualified candidate who wants to stand. Until we find a constitutional way to deal with that, we will continue to see such things”.

On the postponements which were announced after the initial one, the Electoral Commissioner said those were local arrangements involving the regional and district directorates of the EC which thought they needed time to get things right.

When contacted, the Local Government Minister, Mr Joseph Yieleh Chireh, appealed to Ghanaians to bear with the EC to enable it to carry through the ongoing local level elections.

Mr Chireh, who said he was returning from his home town in the Upper West Region after voting, said what was going on as far as the election was concerned was regrettable and urged the electorate to exercise patience and support the EC to discharge its mandate.

Mr Chireh explained that the EC needed to carry out the exercise at all cost because any postponement would affect the Commission's preparation towards the next general election scheduled for December 2012.

The minister also pointed out that there was the need for the election to be held since all the 170 metropolitan, municipal and districts (MMDAs) had been without assembly members since October 30, 2010.

The postponement of the district level elections in eight regions across the country on December 28, 2010, the day scheduled for the elections in all the 10 regions of the country, was said to have caused confusion in some electoral areas since many of the voters did not hear of the changes on time.

Meanwhile some voters the Daily Graphic interviewed said the situation had made the whole exercise confusing and that it was likely to kill voters’ enthusiasm and willingness to vote.

One such voter, Mr Tetteh Mensah, told the Daily Graphic that he travelled from Agona Swedru in the Central Region to Accra to vote but had to go back since he was expected to report for duty today, the day voters in the Greater Accra are finally expected to vote.

The 1992 Constitution provides that elections of the district assemblies shall be held every four years, except that those elections and elections to Parliament shall be held at least six months apart.

In the absence of the assembly members at the various MMDAs, the chief executives and the co-ordinating directors hold the fort but in some cases, they would have to get an approval from the Minister for Local Government and Rural Development before certain decisions concerning the area could be taken.

If you repeatedly offend your gods, they'll kill you - Chief...
21 minutes ago