Polls In Akuse Head For Showdown 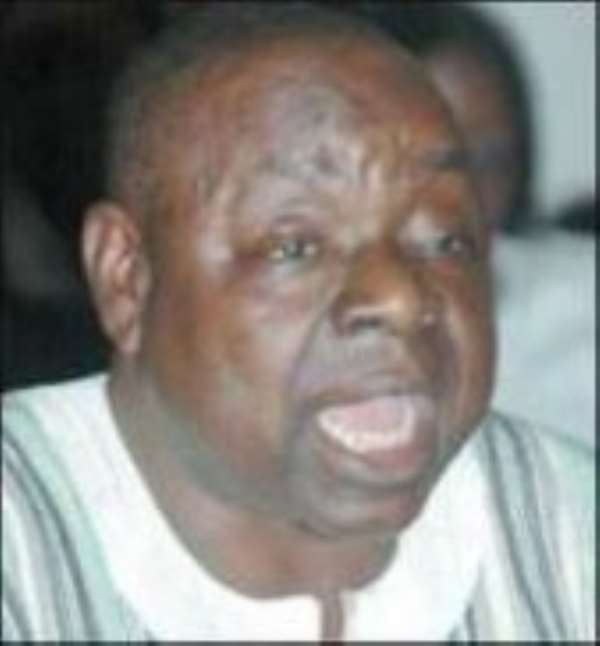 The district level elections to be held in the Eastern and Western regions today are heading for a showdown between national security operatives and the people of Manya Krobo who have vowed to prevent the elections from taking place in six disputed electoral areas in Akuse in the Eastern Region.

Security has been beefed up in the area with the arrival of armoured vehicles in anticipation of violence.

The root of the crisis is linked to new district demarcations which placed the six electoral areas in question under the Dangme West District, instead of the Lower Manya Krobo District.

Even though the offices of the Electoral Commission (EC) in the Lower Manya Krobo District remains locked, a dependable source has indicated that preparations are far advanced for the conduct of the elections in the six disputed electoral areas at Akuse today, amidst growing tension.

Meanwhile, the Supreme Court has granted an injunction to restrain the EC from conducting the elections in the district following the filling of an order of interim injunction to that effect jointly by Mr Charles Mate-Kole and Nene Kwesitsu Azago, representing the Manya Krobo Traditional Council, against the EC and the Attorney General.

The plaintiffs have also filled a writ in the same court challenging the legality of L.I. 1983 on which the EC is relying to conduct the elections at Akuse.

In November 2010, following the release of the registration documents by EC officials in the Manya Krobo District, irate youth in the district forcibly locked the offices of the EC located at Agormanya, leading to the inability of officials of the commission to process the nomination of the rest of the candidates for the elections.

Until Monday, when an official statement was released from the traditional council to restrain the people from any violent act, the youth had been gearing up for a showdown in Akuse to disrupt the elections.

The statement, which was issued after an extraordinary emergency meeting at the paramountcy, chaired by the Konor (Paramount Chief), Nene Sackite II, said, “It is the position of the house that in order not to fall foul of the law, it will be in our own interest not to engage in any acts which will put us in contempt of the law or order we are invoking.”

All the divisional and sub-chiefs have since been directed to restrain their subjects from any form of demonstration at Akuse, as sections of the public are suggesting.

“We advise that all persons in the district, particularly Akuse, who are sympathetic to the cause of Manya Krobo should remain calm for the law to take its course,” it added.

The elections would be conducted in the area, now considered part of the Dangme West District, the source disclosed.

The transfer of the documents/forms, according to an official source at the district assembly, had been ordered by Mr Safo Kantanka, the EC’s Deputy Commissioner of Operations, through the Eastern Regional Director of the Commission.

The documents have since been released to the Dangme West District.

The action of the sub-parliamentary committee is inconsistent with and in contravention of Article 5 of the 1992 Constitution. The hearing of the substantive case at the Supreme Court has been slated for January 12, 2011.

The Member of Parliament for Lower Manya, Mr Michael Teye Nyaunu, has expressed disappointment at the redemarcation exercise.

According to him, the committee had acted beyond its mandate by altering the boundaries of the Lower Manya Krobo District, for that matter the Eastern Region. Its mandate was to redemarcate electoral areas within districts and not regions, as is the case of Akuse.

“By moving these six electoral areas from my district/constituency in the Eastern Region to Dangme West in the Greater Accra Region, the committee has acted ultra vires, undermining the work of Parliament.

I am glad most members of the committee have admitted that the act is an error,” he said.

“I have since petitioned the Minister of Local Government, as well as the Attorney General, but I am yet to hear from them,” he stated

The Presiding Member of the assembly, Mr David Walter, said “the assembly is surprised at the turn of events”.

“Akuse legitimately belongs to the Krobos; the outcomes of litigation on that part of the district have always been in favour of the Krobos,” he added.

He wondered why the government would want to redemarcate the area, regardless of the high potential of reviving the long-standing dispute.