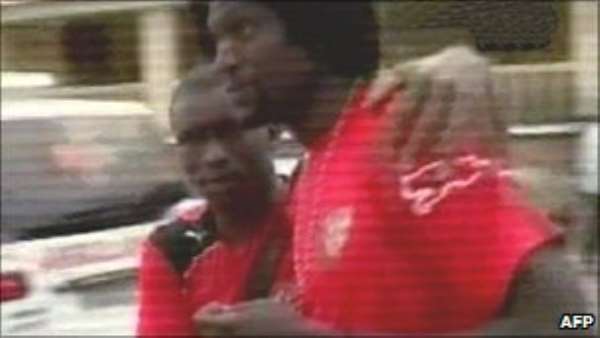 An Angolan court has sentenced a man to 24 years in jail for the deadly attack on Togo's football team in January.

The bus carrying the team was attacked in the province of Cabinda as it arrived for the African Cup of Nations.

Mr Puati had pleaded not guilty at the opening of his trial and denied having links to a separatist group which said it was behind the shooting.

Another man, Daniel Simbai, was acquitted of the same charges.

Two Togolese officials were killed in the 30-minute gun attack which a faction of the Front for the Liberation of the State of Cabinda (Flec) said it carried out.

'Tortured'
"Joao Antonio Puati was at the scene and his link with Flec was established during the trial," Antonio Nito, Cabinda's attorney general, told AFP.

The BBC's former Angola correspondent Louise Redvers says the defence lawyers have put in an appeal to the Supreme Court.

They say the link to Flec was not established during the trial, but came from police statements taken from Puati during his time in custody.

Defence lawyer Arao Tempo told the BBC that his client, who is from Congo-Brazzaville, had been tortured in prison and forced to admit he was connected to Flec.

Rights organisations have accused Angola of using the raid on the Togolese team to justify a crackdown on its critics in the province of Cabinda.

Flec has been fighting for three decades for independence in Cabinda, an area separated from Angola by a strip of the Democratic Republic of Congo.

Despite being rich in oil, the region is one of the poorest in the country.