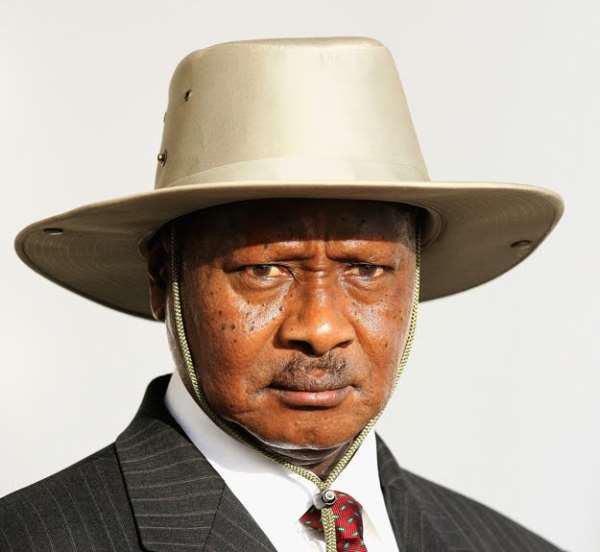 The recent revelations in Assange's Wikileaks and Timothy Kalyegira's Uganda Record about how president Museveni is worried that he may be assassinated by Libya's Gaddafi, have brought me some sleepless nights. Political assassinations are not something we should encourage on our continent. Museveni may be a bad leader for us now but assassinating him can plunge our country into some form of endless violence and conflicts ,as happened in Rwanda after the assassination of Habyarimana. We don't need that at the moment, and I certainly believe that Gadaffi does not want Uganda to end up in that state.

I have no connections with Uganda intelligence but I still believe that president Museveni just panicked to the extent of seeking US help; because he pushed his buttons too far as far as Gadaffi is concerned. To be fair to Gadaffi, I'm one of those who really dream about a United States of Africa (USA), an idea Gadaffi is championing now and trying to sell to other African leaders.

Gadaffi is not someone anyone would wish to mess with because he has shaken big nations such as USA before and they did not like it. So it's not wise for Museveni to start pumping his testosterones publicly when engaging such a character. We need to find a common ground as far as Libya is concerned.

Nevertheless, something interesting is boiling up in all these assassination reports though we don't know if there are true or not: President Museveni's end looks to be nearer but how will it be? I think that is the question on most people's minds because our president has been in power for so long.This has forced me to compare President Museveni and Habyarimana, and see if there have got any similarities or differences, though i pray that the ending is not the same.

Habyarimana just like Museveni came into power through violence. While Museveni's violence was justified because he had to get rid of Obote Dictatorship and had a convincing democratic plan on paper, Habyariman's was not because his coup did not have any democratic plan ahead. Habyarimana came into power when the order of the day in East Africa was getting rid of presidents through coups. Amin ousted Obote in 1971 and Habyarimana did the same on Kayibanda two years later.

Both Habyarimana and Museveni introduced something called 'the Movement' when they came into power. Everyone in their respective countries was required to be a member of this so called 'Movement'.Museveni's Movement is now a political party and enjoying most of the state benefits.

Habyarimana hated the 'tutsis' just as it is claimed by some people though I'm not sure, that president Museveni hates some tribes in the north. Habyarimana had only one Tutsi in his cabinet, one ambassador in the Foreign Service, and two deputies in the national assembly. He kept a picture of Tutsi huts in flames in his presidential house.

Habyarimana, just like Museveni, was also friends with the Bakiga communities. It is actually claimed in some circles that Habyariman was a mukiiga not a true munyarwanda.Bakiiga were Museveni's allies in Luwero bush war though some have started falling out with him.

Habyarimana's end came through assassination and this is what is worrying me as a Ugandan if such a scenario was to happen to Museveni. I think some sections of the Hutus in Rwanda and the Tutsis in both Uganda and Rwanda masterminded the assassination of Habyarimana. When RPF was launched in 1987 in Kampala, one of their main aims was to force the return of Tutsi back to Rwanda whether Habyarimana wanted it or not. There were to do this using all the necessary means. General Rwigyema joined RPF in 1988 and later about 4000 Tutsis also deserted UPDF for RPF with the sole purpose of fighting the Habyariman government.

On the other hand, some sections of the Hutu radicals in Rwanda were not happy with the Arusha agreement of August 1993 that provided for the establishment of a broad based transitional government that would include the Tustsi. But the truth was that even Habyarimana never believed in this agreement becuse he was a tutsi hater. He just signed it to buy himself time to organise his 'house' and probably the hutu radicals knew it as well. So why would they kill him? But then again most of the evidence points to the fact that the Hutu radicals may have killed him. For instance, on 03/04/1994, radio Mille Collines warned that 'a little something' was about to happen before Habyariman was killed two days later. This is all confusing because how can a radio make such an announcement and nobody in the intelligence took it seriously. May be the radio was warning Habyarimana. Who knows?

As a Ugandan, I just hope that president Museveni and brother Gadaffi find a way of sorting out their differences very soon because it is not certainly good for Africa if these two guys continue to be on a collision course. Gadaffi is now an old man and a bit wiser. He is not like the Gadaffi of 70s and 80s who used to kick ass all the time. So Museveni should take advantage of this to mend fences with Gadaffi as soon as possible. Personally, i don't wish president Museveni to die that way and that is why I urge him to improve Uganda foreign relations with our neighbors very soon.Under this environment, anybody can do something to our president right now,very well knowing that fingers will be pointed at Libya.