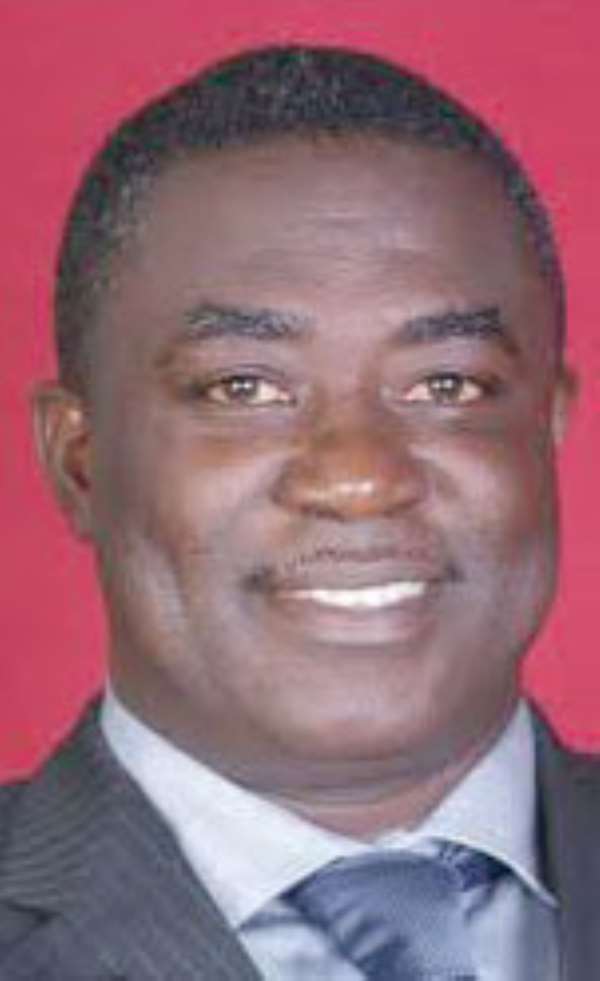 The Kpone-Katamanso branch of the New Patriotic Party (NPP) have called on President Mills administration to institute a probe into the way and manner the Member of Parliament for the area, Hon. Joseph Nii Laryea Afotey Agbo has used his share of the MPs common fund, following statements by the legislator that he uses his pocket money to construct roads in the constituency.

'We all bear witness to the fact that the Minister of state without portfolio and also the Kpone MP, spoke to almost all the radio stations in Accra and Kumasi where he accused the NPP government of doing nothing to help the people of Kpone-Katamanso constituency, but Nii Laryea has been using his pocket money to construct roads and drains in the constituency.

'Our questions to Nii Laryea are that, where did he get the money to construct the roads? Also, what does he do with his share of the MPs common fund?  We are calling on the government to institute a forensic audit into Nii Laryea's common fund to come out with the actual programmes and projects that he used his common fund for', the Kpone NPP stressed.

Speaking at a press conference organized by the Kpone-Katamanso NPP at Kpone last Wednesday, to react to concerns raised by the MP for the area recently that the NPP deliberately organized the youth in Kpone to demonstrate over their land and create commotion at the Kpone cemetery.

Hopeson Adorye, the Constituency Secretary of the party, said the party would never mobilize people to thwart the efforts of the MP, thus referring to his allegations as 'hocus-pocus'.                         Mr. Adorye also denied allegations by the Kpone legislator that the NPP did nothing for the people in the area when it assumed office for eight years.

'The NPP built a six classroom block and teachers' quarters at Oyibi, built the Oyibi area water project, the 12 seater Water Closet (WC) and bathrooms in Oyibi, re-roofing of Bawaleshie Presby primary school, classrooms for Seduase Junior High School (JHS), clinic and nurses quarters at Appolonia and the frequent reshaping of roads within the constituency.

'NPP created a District Police Command for Kpone, making it easier to prosecute their cases in Tema instead at Sege. We initiated the UESP for Kpone (the biggest capital expenditure for Kpone by TMA), we provided two 10 seater WC toilets at Kpone.

'NPP also assisted the MP at the time to build a six classroom block for Methodist JHS at Kpone, engaged TDC to release 250 acres of land to the Kpone Traditional Council in 2006 and introduced WAEC examination center for BECE at Kpone', Mr. Adorye explained.

He continued that NPP also gave out-board motors to fishermen at Kpone for their fishing activities and appointed three natives of Kpone, namely Nii Noi Ashong as a Minister of State at the Finance Ministry as well as Nii Noi Adumoah and David Quaye Annan who were made the Adentan Municipal Chief Executive and Tema Metropolitan Chief Executive respectively.

The man who is also the immediate past Assembly man for Oyibi noted that the NPP awarded the road from the barrier to Kpone on contract, and work actually started and added, 'It is also on record that the dredging of the Djuropor stream under the NPP stopped the perennial flooding of the main bridge to the Kpone Township.

The return of the flooding this year was due to the failure of the NDC administration to undertake this important project', he explained.