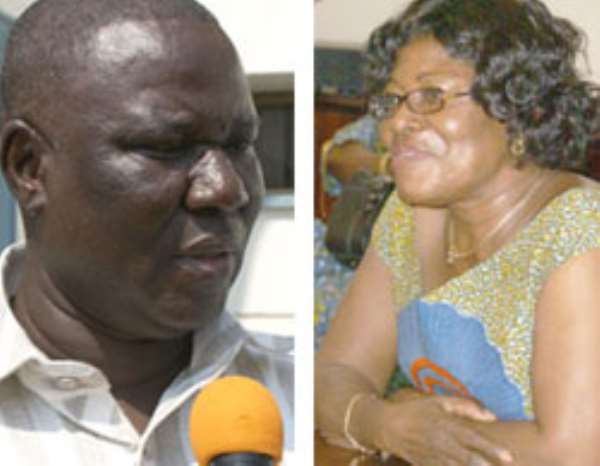 Drivers plying the Twifo Praso to Dunkwa-On-Offin road have increased the fare owing to the deplorable state of the road.

Instead of charging GH¢3, the drivers have refused to ply the road, and charge GH¢5 when they realise the passengers are stranded.

This became evident last Saturday, when passengers travelling to Dunkwa to participate in the Denkyira Odwira Festival became stranded at the Twifo Praso station, and had to pay GH¢5 to be transported to Dunkwa for the festival.

The road has become so bad that portions cannot be easily used by ordinary vehicles, and only four-wheeled drives are able to go through such portions, even then, with difficulty.

When it rains, the road becomes unmotorable, and drivers have to use the Obuasi road, which is very long and expensive, before reaching their destinations.

This has forced the chiefs and people of Denkyira to appeal to President John Evans Atta Mills to ensure that the road is constructed, to open up the place for development.

At the Odwira Festival at Dunkwa last Saturday, Odeefuo Boamponsem III, King of Denkyira, called on the government, as a matter of urgency, to do something about the condition of the road.

He also appealed for the expansion of schools in the area, as well as the establishment of a girls' school to enhance female education.

Mr. Patrick Aniagyei, Presidential Aide at the Central Regional Coordinating Council, who read a speech on behalf of President Mills, said the road from Twifo-Praso to Dunkwa, and a number of roads had been awarded on contract, and that the contractors would be on site very soon.

President Mills donated GH¢2,000 and assorted drinks to the chiefs and people, with the Upper Denkyira East and West Assemblies also donating GH¢2,000 each.

The two members of parliament in the area donated GH¢600 towards the festival, which the residents described as unique and well patronised, calling on the chiefs to make it an annual affair.

In another development, the Acting Commissioner of the Commission for Human Rights and Administrative Justice (CHRAJ), Ms. Anna Bossman, has commended the Central Regional Hospital for taking a giant step in educating its patients on their rights.

In a speech read on her behalf by Mr. Tetteh Tuwor, CHRAJ Central Regional Investigator, on the celebration of the World Human Rights Day in Cape Coast on Friday, she said the effort put in to educate patients and members of the public who visit the hospital on their rights and obligation was second to none in the country.

According to Ms. Bossman, most Ghanaians are still ignorant of the patient charter and their rights and obligations, therefore, for a hospital to take it upon itself to educate its clients was very commendable.

She observed that the only means through which patients had in the past accessed the charter was through posters and fliers, but the hospital had done better by going the extra mile to explain things to them.

The Central Regional Hospital, also known as Interburton, and currently being upgraded into a teaching hospital, serves as a referral hospital in the region.