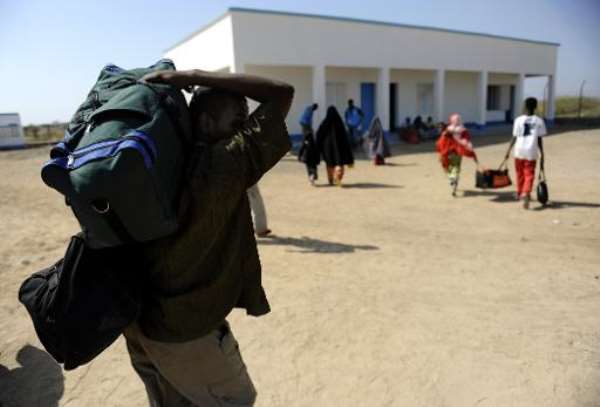 Mogadishu (AFP) - Somali refugees in Yemen are now coming back to their war-torn home as fighting rages in the Middle East country, officials said Saturday.

A boat carrying 260 Somali refugees, many of them women, children and elderly, has become the latest to dock at Somalia's Bossasso port in the Puntland semi-autonomous region.

"About 420 people have arrived previously and we are also expecting many more," said Abdulahi Hashi, Puntland's deputy interior minister.

According to the United Nations' refugee agency, the flow of refugees fleeing the Horn of Africa for Yemen has gone into reverse now that the Middle East country is engulfed in fighting between supporters of the president and Shiite rebels.

"In the past 10 days, some 900 people have crossed the Gulf Aden to Djibouti, Somalia's Puntland and Somaliland," said a statement by UNHCR, adding that those fleeing also included Yemenis.

Horn of Africa refugees accounted for nearly all of the 250,000 refugees registered in Yemen.

Puntland lies in Somalia's north, where regions are impoverished and have suffered the knock-on effects of years of outright civil war further south, but are largely peaceful.

In the southern parts of the Horn of Africa nation, African Union and Somali troops continue to battle Al-Qaeda-linked Shebab insurgents.