How about a letter from Barack Obama? 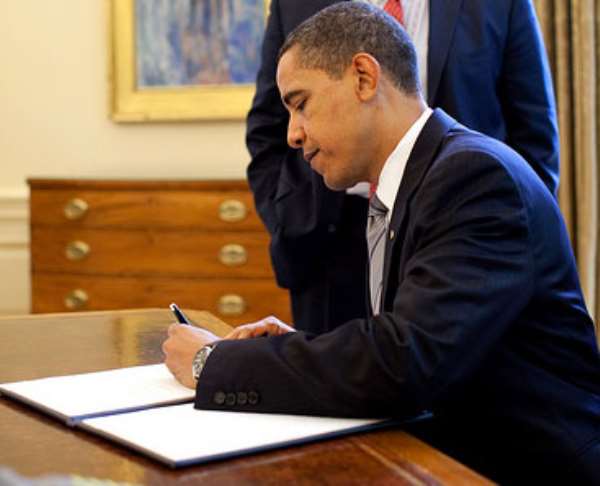 If you receive a letter from the current tenant in the American White House, it could fetch you quite a lot of money.

Jennifer Cline received Obama's two-sentence note – it wasn't even a real letter – in January this year, after she wrote to him, detailing her family's situation.

The former pharmacy technician wrote to the President, stating that she has been unemployed since losing her job in 2007 and has skin cancer.

Her letter was passed on to Obama, who reportedly reads ten letters a day from ordinary Americans.

Moved by the content of Jennifer's letter, Obama replied in his own handwriting on a White House stationary.

“Thanks for the very kind and inspiring letter,” replied Obama. I know times are tough, but knowing there are folks out there like you and your husband gives me confidence that things will keep getting better!”

That's all he wrote, followed by his signature.
Jennifer and her husband kept the letter for a while. And then New York-based Autograph Dealer Gary Zimet came along and offered a cool $7,000 for it.

Jennifer and her husband sold the letter from Barack Obama because winter is coming, along with its bloated bills.

“This will get us through the winter,” says Jennifer Cline's husband, Jason.

For the New York autograph dealer Gary Zimet, it is not the end of the story. He plans to re-sell the note for $18,000.