Outrageous! Women must wear red bracelets when it's their time of the month at company in Norway 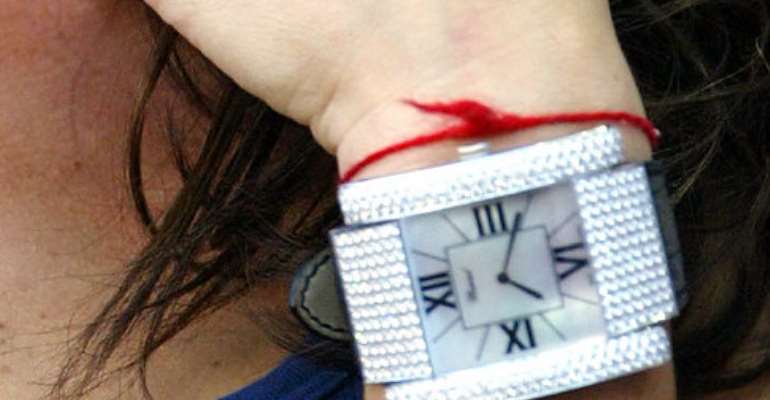 Wearing a red bracelet is a humiliating experience for women at one Norwegian company.


Talk about a scarlet letter.
Female staffers at a company in Norway have been told to wear red bracelets when they have their periods – to clue in the boss that this is the reason for more frequent bathroom visits.

The outrageous demand was detailed in a report from a workers' union about the "tyrannical" bathroom rules in companies in Norway, according to the Daily Mail.

The report charged that firms were getting too obsessive about their workers taking too many bathroom breaks, according to Current.com.

A full 66% of managers, in order to monitor the breaks, insisted that workers request an electronic key to get into the bathroom, the study noted.

About a third of the companies put their johns under video surveillance and some even made workers sign a "visitors' book," according to the report.

It noted: "But the most extreme action was taken by one manager who made women having their period wear a red bracelet to justify more frequent trips to the loo. Women quite justifiably feel humiliated by being tagged in this way, so that all their colleagues are aware of this intimate detail of their private life."

While the name of the firm that made female workers wear red bracelets was not disclosed, the report has gone for review to Bjorn Erik Thon, Norway's chief consumer ombudsman, according Current.com.

Thon stated that "toilet codes relating to menstrual cycles are clear violations of privacy" and are "very insulting to the people concerned."

And, he added, "Monitoring in the workplace is becoming a growing problem. We will be carrying out a full review of the rules surrounding employment and privacy over the coming year."