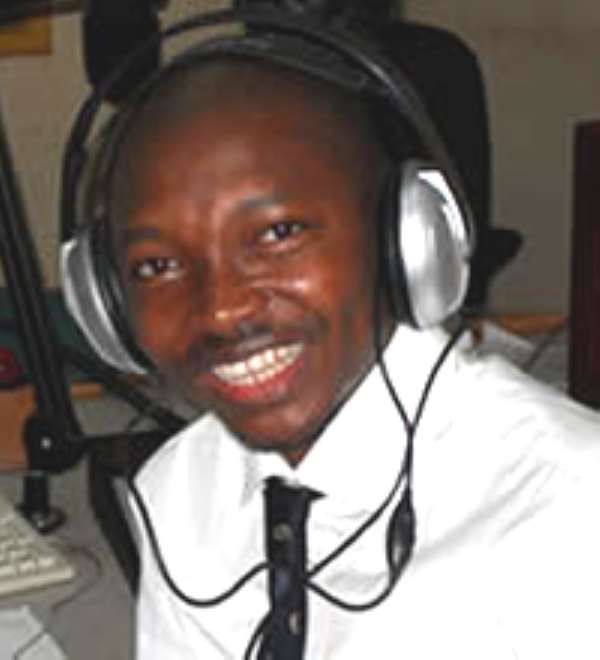 Addressing the over 350 Delegates from 84 Tertiary Institutions, Ministers of State and National NDC Executives at the first day of a three-day national TEIN conference, Vice President John Dramani Mahama admonished the Tertiary Educational and Institutional Networks (TEIN) of the NDC to champion the course for the attainment of lasting unity within the ruling party.

He said disagreements within groups are natural occurrences, but says it is vital that there are measures to properly manage such rows.

The conference under the theme “Better Ghana Agenda - Rejuvenating our structures with discipline and volunteerism for Victory 2012" was held at the Winneba Sports College from Friday, 26 November and ended on Sunday, 28th November.

The Vice President's presentation however seems to have infuriated Ras Mubarak, an NDC Youth activist, who said Mr Mahama's comments completely provoked a section of the party, especially when he (the Vice President) said the NDC's problems were as a result of some pronouncements from some leading party members.

To Mr Mubarak, the internal incoherence the NDC is battling with on a daily basis should squarely be laid at the doorstep of the government's communication machinery; a department he thinks is doing a rather shoddy job, giving the government's biggest opposition, the NPP, the leeway to punch holes in even the government's prudent achievements.

“I think the Vice President completely got it wrong, when he said our problems were our inability to articulate government's success story, and to build a media fire wall that would protect the government from hostile threats. This is a communication team that has been unable to do that… This is a clear manifestation of how we want to glorify mediocrity, of how we do not want to ask the right question”, Ras Mubarak told Emefa Apawu, host of the Big Bite programme on XFM.

He said Mr Mahama's pronouncements at the conference was to create disaffection for some leading members of the party, saying, “my readings to his comments is this; he is telling the students it is not the incompetence of Ablakwa and the rest of the crew at Information Ministry, whose job is to prove critics of government wrong about views expressed by the administration.”

Nonetheless, Ras Mubarak commended Mr Mahama for openly admitting to factionalism within the party, saying the first step to correcting the impasse is to acknowledge the problem.

Meanwhile, the aide to Vice President John Dramani Mahama has been defending his presentation at the TEIN conference.

John Jinapor told XFM the Vice President never sought to denigrate or castigate any member of the party, as being speculated by some people.
He said all that Mr Mahama was saying was “that the way and manner we make comments about our own self, our opponents will use that against us, and that we should find a solution to it”.

Mr Jinapor wondered why anyone would want to put a spin on what the Vice President said “and try to overstretch it and say that by extension, he was attacking somebody”, adding, “I don't think it was fair at all”.