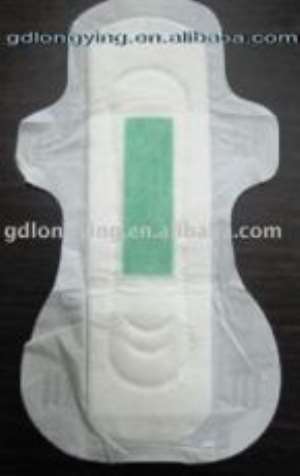 
Three persons have been arrested by the Police Criminal Investigations Department (CID) for allegedly influencing people to buy and drink "Love Moon Anion" sanitary pads from China as medication.

They are Dennis Kanny, who doubles as Dennis Kofi Dogbey, a partner and distributor of Winalite, Rose Osei, a teacher and Caroline Mantse, a nurse.

This was contained in a statement issued on Monday signed by Dr Stephen Opuni, Chief Executive Officer of the Food and Drugs Board (FDB), and copied to the Ghana News Agency in Accra.

Henry Cai, the country representative of Winalite Ghana Limited, had earlier been arrested in connection with the sale of a sanitary pad which was purported to be a medicinal product.

The suspects were said to have deceived the public that when a green lining substance in the pad is dissolved in water and taken as a drink, it could treat many diseases, such as menstrual problems, all forms of pelvic inflammatory diseases, boost immune system, menopausal problem, blood cholesterol reduction, cardiac problems, fibroid, diabetes, blood pressure and stress.

The statement said on November 18, 2010, the Food and Drugs Board, together with personnel from the CID visited East SDA Education Office, near Apenteng Hall at Koforidua, where a group of persons had gathered and were being lectured on the "Love Moon Anion Sanitary Pad" with unsubstantiated claims that it could deal with several ailments.

"The Food and Drugs Board wishes to reiterate its position that the Love Moon Anion Sanitary Pad was registered by the Food and Drugs Board solely as sanitary pad (medical device) for external use only and therefore advises the general public to beware of persons who are deceiving the public by making unsubstantiated claims," the statement said.

The arrests follow a complaint to a team from the Board's Inspectorate Department by a user of the product at Have in the Volta Region, who experienced stiff neck, dizziness and swollen breast after drinking the claimed medicine.

The Board said it would do its best to ensure that the product was withdrawn from the market because the information contained in the leaflet of the product was misleading.

"The Food and Drugs Board takes this opportunity to assure the general public that it would continue to do all within its powers to execute its mandate to protect public health and safety at all times," it said.