Battle of ideas over mother tongues 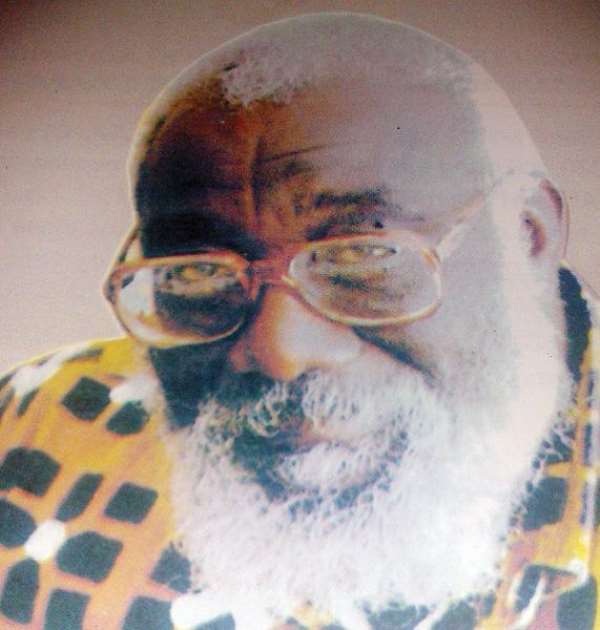 The Centre for Black and African Arts and Civilisation (CBAAC) in collaboration with the South Africa based Centre for Advanced Studies of African Society (CASAS) recently organised an international workshop on the harmonisation of indigenous languages. The workshop, held on October 26 and 27 at the International Conference Centre, Abuja, brought participants from several African countries for the first phase of the project, with a focus on Hausa, Ijaw, Yoruba and Igbo languages.

Speaking at the opening of the Abuja workshop, Minister of Culture, Tourism and National Orientation, Abubakar Sadiq Muhammed said, “Despite Asia's multiculturalism and multilingualism, they have been able to maintain their cultural and linguistic identities and have used them as springboard for socio-economic growth and development. The Asian countries have achieved a lot through the use and development of their indigenous languages.”

As linguists got to grips with the task in the different language clusters, Director of CASAS, Kwesi Kwaa Prah spoke about his work on the preservation of mother tongues.

Do the sheer variety of indigenous languages make it difficult to adopt them for wider use?

If you go to England, in East End of London - Whitechapel, West Ham, Stepney – they speak Cockney. Deep Cockney, you can hardly understand. If you go to Yorkshire, in the village, they have another. If somebody from North Yorkshire meets a man who is Cockney and they speak, you will think they're speaking two different languages. But they read the same thing and speak it the way they speak. What is important is that the rules of writing the language should be the same. If you are Igbo from Onitsha and I'm Igbo from Awka… [we] should be able to read the same thing and write the same thing.

On the language project so far

The linguists (in the workshop) have worked with us for about 10, 12 years. I have a lot of experience in doing this kind of thing. We've done about two-thirds of Africa; we've harmonised languages. Take a language like Nguni. [It's] is a group of languages in Southern Africa – it includes Zulu and Xhosa in South Africa; Ndebele in South Africa and Zimbabwe; Swati in Swaziland; and Ngoni in Southern Tanzania and Malawi – it's all basically the same language, just different dialects. We have a tendency in Africa to say: No, no, no, mine is different - when he can perfectly understand the other man. My language, for example, is Akan in Ghana – if you write [all its dialects] differently, you'll get 15 different languages, when in fact it's one. That's why people make the mistake; they say 'in Africa, there are 2500 languages', because they count all the small dialectal variants and elevate them. It doesn't help us and makes it impossible to develop.

I'm trying to find a solution for us, the way that the Asians have found solutions. Nobody in Asia who is serious is using English or Portuguese or French – they were all colonised. The Dutch colonised Indonesia; nobody uses Dutch there now. See how they are developing – they make cars, they make everything. Malaysia was a British colony, it got its independent six months after Ghana – today they do everything, they make aircraft. They work in their own language. Vietnam, they were a French colony, but they use Vietnamese now and they're the fastest growing economy in Asia.

We are the only foolish people who think we can work in French and English. You can't compete with the Englishman in his own language. The moment you try to do that, you are relegating yourself to second position and feelings of inferiority, deep feelings of inferiority – it comes with this thing of using a colonial language. That's why you see our daughters and sisters [doing] hair like European, imitating the European, some peeling their skin. It's all mimicry, it's madness, it's a sickness. It's all because we don't have confidence in ourselves. The moment we start using our languages, and the moment we can use our languages to make cars, we have nothing to fear anymore from anybody.

We talk about the need to bring our languages to the fore, but we're carrying out the discussions in European languages. The linguists in the workshop – in the Yoruba cluster group – they are speaking in English. Are we not going round in circles?

We have to start somewhere. At each point on the circle, it's possible to start, but we must have an objective which is clear. We've produced some harmonised orthographies which are translated in our languages. But to do the thing you're talking about, all the technical terms need to also be available in our languages. We haven't we even reached that point yet.

It could be the critique of Okot p'Bitek in 'Song of Lawino' all over again: “Tell the world in English or in French…”

I knew Okot p'Bitek. That's the struggle now between Ngugi wa Thiong'o and most of these African writers. I agree with Ngugi against Ayi Kwei [Armah] who I've corresponded with in debates about this same issue. So, everything is a debate, everything is a tussle, everything starts as a battle of ideas. And to some extent, these problems are still at the level of ideas. But as the Chinaman said: even a journey of one thousand leagues, starts with a first step.

Is there any need for standardisation with languages like Hausa and Yoruba that have a certain prescribed version that has been written down, that has literature written in it for decades? Do we need any further standardisation?

They need to be improved. Take Yoruba for example, it's full of diacritics. It's like a forest, it detracts from the reading. Take a newspaper that's written in Yoruba and the first thing you see is not a language; it's the forest of diacritics. It's written as if it's for a foreigner who wants to read Yoruba, not for somebody who is a born Yoruba.

But the diacritics – the accents – it's because of the tonality of Yoruba.

English is not tonal, French is - and they do mark the accents on the French.

Yes, but the French have certain habits which are not necessarily scientific. Not everything they mark is based on science, it's based on habit. We have to write in a way that is user-friendly for our kids. When you're publishing a dictionary, you can use all these symbols, to clarify differences and so on. But in a newspaper or a children's book, if you start using diacritics, you're confusing the child. He or she will never be a good reader, will not like reading and it's self-defeating. The people who wrote with all those diacritics, wrote to enable English people to be able to learn Yoruba.

The policy of the many African governments do not work in concert with the harmonisation project.

You start with one step. Be systematic about the way in which we tackle the politicians. We should be able to start going from our constituencies, insisting to our representatives that: please, when you go to parliament… these are the issues that we want you to address, including language.

The truth about it is, unless we develop our languages, there is no hope. You're wasting time. Understand that. You can never compete with an Englishman in his language. Japanese make cars, not in English - in Japanese. Chinese are also doing it, in Chinese. There's no language which is from Adam a scientific language. Language becomes scientific because people make their languages scientific.

You suggested that the Igbo language hasn't gone beyond Nigeria…

This is my crusade. I've been doing this for donkey's years. I resigned from the university to do this and I will carry on doing it till the day I die.

Tagged 'Harmonisation and Standardisation of Nigerian and Related Languages (Benin, Cameroon and Niger Republic), the concluding phase of the project will hold in March 2011