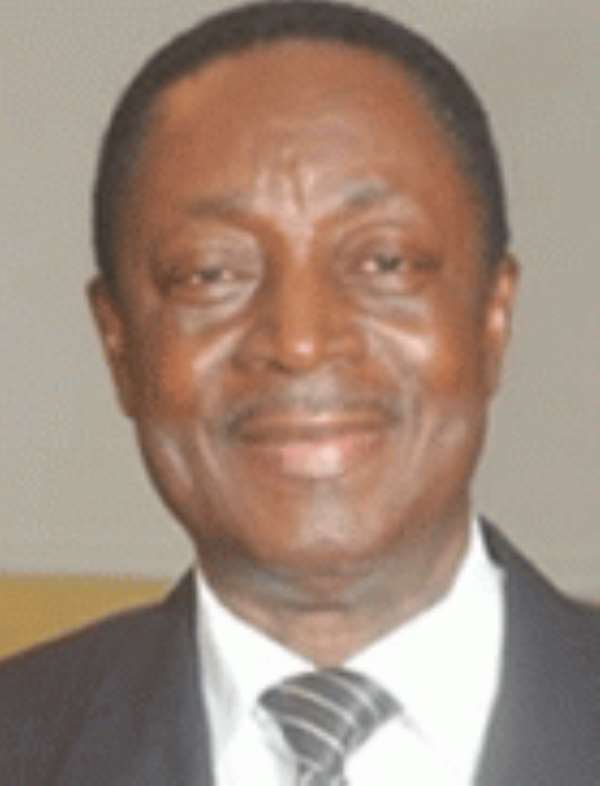 The government is set to present its Budget Statement and Economic Policy for 2011 to Parliament on Thursday, a document that sources within the Ministry of Finance and Economic Planning have categorically confirmed will lay emphasis on agriculture, water and sanitation and infrastructural development.

The government expects these pillars, part of seven pillars of the new development blueprint, to generate wide employment and spur economic growth to the region of 23 per cent, when oil and gas resources are included.

The Finance Minister told the GRAPHIC BUSINESS in September this year that the 2011 Budget would use massive investments to transform the infrastructural needs of Ghana, while creating thousands of jobs across the country.

He said investments in roads and railways, as well as many activities on the social front to reflect the social democratic principles of the government, would form the base of next year’s budget intended to spur growth.

The growth rate in the total value of goods and services produced within the economy (Gross Domestic Product) is expected to reach about 6.5 per cent at the close of the year, and with a lot of debts and arrears settled and possible inflows from crude oil, the economy can grow at the rate of seven per cent next year.

Sources at the ministry said agriculture was to continue some of the initiatives introduced in the 2009 budget, such as the youth in agric concept which has reportedly yielded positive fruits.

They said major areas under water and sanitation would include the expansion of the Kpong Head Works as well as other urban and small town water programmes also initiated under the 2009 medium-term budget.

And for infrastructural development, the sources said would harness the public private partnership (PPP) policy that was being promulgated into law.

“This will be used for accelerated development and revamping of our roads and railways, as well as the construction of more schools and hospitals across the country,” the sources said.

The 2011 Budget is carved out of the medium-term Ghana Shared Growth and Poverty Reduction Strategy (GSGPRS), which is expected to give strategic direction to lay the foundation for the structural transformation of the economy within the decade ending 2020 through industrialisation, especially manufacturing, based on modernised agriculture and sustainable exploitation of Ghana’s natural resources.

The document said the process would be underpinned by rapid infrastructural and human development as well as the application of science, technology and innovation.

Consequently, the 2011 Budget will see major policy statements accompanied by announcements of investments in the oil and gas sector.

The investments will primarily be Ghana’s matching investment for the development of gas infrastructure on-shore Cape Three Points to carry gas from the Jubilee Field for processing and use to fire the thermal plant at Aboadze and others that will be sited there. The gas processing equipment is estimated at US$1 billion.

Also to be expected in the 2011 Budget are investments in the downstream power sector, with the extension of electricity supply to villages and other parts of urban centres across the country.

This will be captured under the World Bank sponsored Ghana Energy Development Programme (GEDAP) which has just been expanded to cover more deserving communities.

The government and the World Bank signed a US$313.3 million agreement in September this year to undertake a number of activities, including the e-Ghana project, GEDAP and the expansion of social intervention programmes such as the national school feeding programme.

The World Bank’s International Development Association (IDA) funding comprises funding social opportunities to the tune of US$88.6 million; sustainable rural water and sanitation project of $69 million, agricultural financing of US$25 million and US$10 million funding for the natural resources and environmental governance project.

The social opportunities financing is expected to be used to improve targeting in social protection spending; increase access to employment and cash-earning opportunities during agricultural off-seasons.

The cash transfers are one of the most well-targeted social intervention policies in the country alongside the national school feeding programme and the National Youth Employment Programme, a recent World Bank study has indicated.

Specifically the IDA funding will also go into improving infrastructure such as roads and schools in 40 deprived communities within targeted districts across the country, starting from the 2011 fiscal year.

Included in the World Bank financing is the US$44.7 million additional resource to fund the e-Ghana project which is aimed at developing the information technology services industry, as well as improving the efficiency and transparency of selected government functions through e-government applications.

The implementation of a major activity under the e-Ghana project, the Ghana Integrated Financial Management Information System (GIFMIS), will therefore go live under the 2011 Budget.

The GIFMIS is expected to integrate the government’s revenue and expenditure framework onto one platform to help harmonlisation, monitoring and evaluation with the aim to improve the quality of government expenditure and eliminate waste.

Another major announcement expected in the 2011 Budget, according to the sources, was the implementation of the Single Spine Pay Policy which would exert an extra resource burden on the economy, increasing government expenditure on emoluments.

So far the Ghana Police Service has benefited from the policy and other public sector workers such as the Ghana Armed Forces are in queue to receive theirs under the forthcoming budget.

However, the often harped human resource development concept will be introduced in the 2011 Budget but without any concrete measures and budgetary allocation to implement the programme in any meaningful way.

Meanwhile, the private sector has called on the government to step in to reduce corporate and pay as you earn taxes as the current regime is a disincentive to companies and easily wipe away the disposable incomes of Ghanaians, but insiders who are part of the budget drafting process told the GRAPHIC BUSINESS that fewer changes should be expected in the taxes, except a few new ones to rope in more revenue.

The business community is also watching keenly to see if the National Stabilisation Levy imposed on some companies, including financial institutions and mining firms, would be extended or abolished.