State of the Union Ghana report launched in Accra 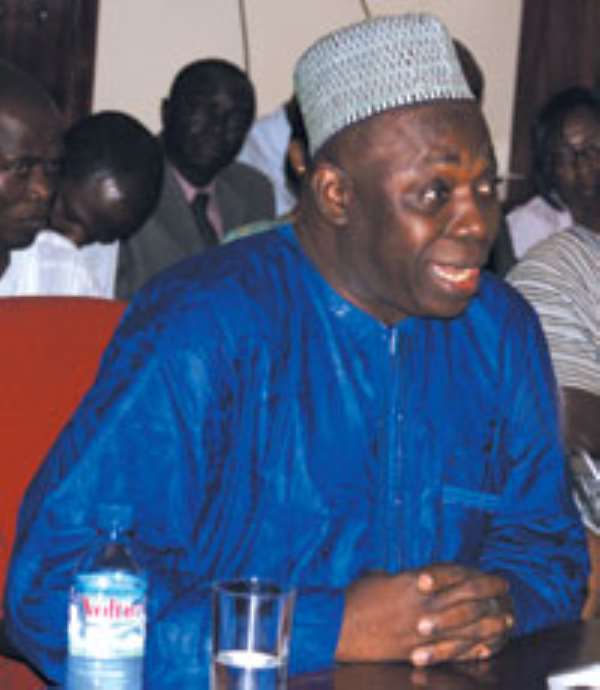 Ghana on Monday deepened her democratic credentials, with the launch of the State of the Union Ghana 2010 report, which focuses on the performance of the Government against key democratic governance.

The 56-page report, which focused on economic and social rights; civil and political policy standards and rights instruments, was conducted between March and June this year, by the Institute of Democratic Governance (IDEG), under the State of the Union Africa project.

The Ghana report is one of 10 country studies that assessed the performance of African Union Member States against the key indicators.

The report revealed that Ghana had ratified eight out of 10 legal instruments, which were reviewed: the African Charter on Human and Peoples Rights; African Charter on the Rights and Welfare of the Child and African Convention of Nature and Natural Resources.

Others are: African Union Convention on Preventing and Combating Corruption; Protocol to the African Charter on Human and People's Rights on the Rights of Women in Africa; Protocol to the Treaty Establishing the African Economic Community relating to the Pan-African Parliament.

The rest are: Revised African Convention on the Conservation of Nature and Natural Resources and the treaty establishing the African Economic Community.

According to the report, Ghana failed to ratify the African Charter on Democracy, Elections and Governance and the African Youth Charter.

The report also identified failure of Government in most cases, to enact State based legislation, as well as integrate the frameworks into State based programmes.

The existence of constitutionally mandated institutions, like the Commission on Human Rights and Administrative Justice (CHRAJ); National Commission for Civic Education (NCCE) and the Electoral Commission (EC), has promoted human rights and justice and enhanced the legitimacy of democratic governance in Ghana, the report stated.

The 2010 State of the Union Ghana report recommended that Government took immediate action for the ratification of 12 policy frameworks and instruments.

Hastening and smoothing out of coordination between Ministries; improve working relationships between the Attorney General's Department and other Government Instruments by January 2011.

The report directed the Government to popularise the laws protecting citizens against arbitrary arrests and unlawful detention; educate enforcement agents to uphold citizen's rights and empower women to fully participate in public life.

It called on the Government to enact a broadcasting law to regulate the media and make them responsible to democratic values and norms; enact the right to information law and witness protection law to enhance and protect individuals, anti-corruption agencies and the media in their fight against corruption.

Also, to educate the police and immigration authorities on their professional roles; address the monetisation of the electoral process, which would encourage corruption and abuse of power; strengthen anticorruption legislations and institutions; and contain ethnic and chieftaincy conflicts which have led to the destruction of lives and property.

Government was also tasked to encourage mechanised agriculture and applied science and technology to the agricultural industry; develop a national land use map and intensify strategies for combating soil erosion and degradation.

In addition, Government must develop innovative strategies in water harvesting and conservation; and minimise the risks posed by the impacts of climate change on vulnerable sectors, communities and ecosystems.

Civil Society Organizations were also tasked to pressurise the Government to hasten ratification of treaties and protocols; popularise these laws, as part of their advocacy activities.

The African Union (AU) was encouraged to institute routine auditing and monitoring of its protocols, standards and conventions; and increase civic education for the youth to develop democratic values of moderation, negotiation and compromise.