BP may pay billions for 'missed signals' that led to disaster 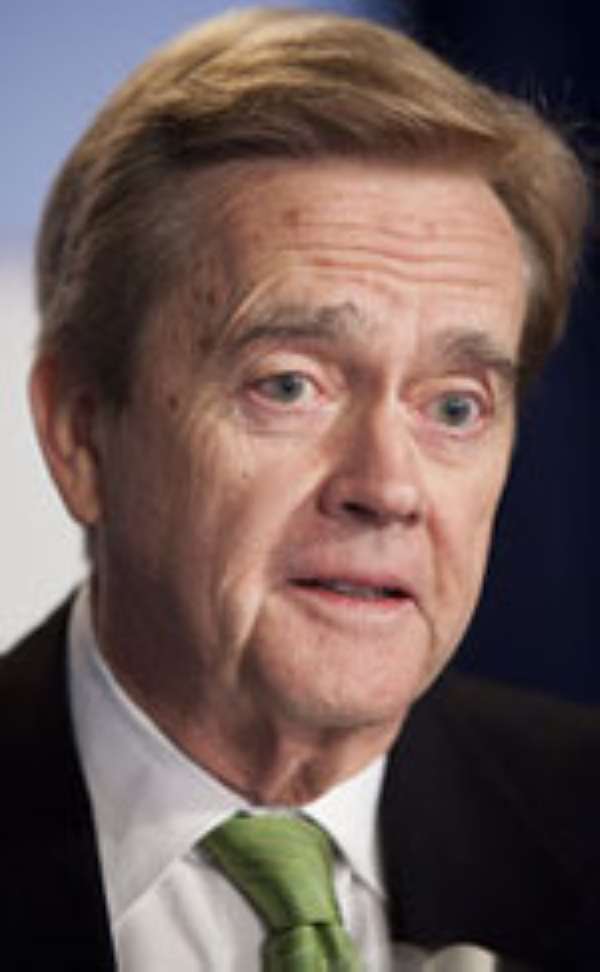 BP Plc remains at risk for billions of dollars in fines and legal costs even after a U.S. commission said safety wasn't sacrificed for profit in the weeks and days leading up to the worst U.S. offshore oil spill.

The presidential panel said yesterday it found no evidence so far that BP, operator of the Gulf of Mexico well that erupted in April and spewed 4.9 million barrels of crude, intentionally jeopardized safety to cut costs. The catastrophe stemmed from 'several very human decisions made by competent persons who missed signals,' said William Reilly, co-chairman of the National Commission on the BP Deepwater Horizon Oil Spill.

The panel's finding contradicted allegations by environmental groups, lawmakers and a joint U.S. Coast Guard- Interior Department board that BP cut corners to rein in costs and pressured employees to accelerate work on the Macondo project in the Gulf.

The London-based energy producer still may be held liable in civil and criminal courts, said David Uhlmann, a University of Michigan law professor and the U.S. Justice Department's former head of environmental enforcement, who has followed the case.

'BP has a broader corporate culture that does put profits ahead of safety, and that message permeates throughout the company and down through the rank and file,' Uhlmann said in a telephone interview. 'BP will still have to pay tens of billions of dollars in natural resources damages and compensation to victims for economic losses.'

Scott Dean, a spokesman for BP, didn't immediately return messages left after regular business hours on his office and mobile phones. The company doesn't believe it will be found grossly negligent or will be found the sole responsible party, BP Chairman Carl-Henric Svanberg said in a July interview.

Over Budget
BP's Macondo well, about 40 miles (64 kilometers) off the coast of Lousiana, was almost $60 million over budget when it exploded April 20. The blowout occurred just hours before workers aboard Transocean Ltd.'s Deepwater Horizon vessel were scheduled to complete the well and sail away to a new project. Eleven workers died.

'We have not seen a single instance where a human being made a conscious decision to favor dollars to safety,' Fred Bartlit, chief counsel of the presidential panel, said yesterday.

The commission may have stepped outside the bounds of its mission in attempting to assess whether cost controls played a role, said Gregory Evans, a Los Angeles attorney who represents corporations in pollution cases.

An analysis of BP's spending priorities would require examining budgets and other financial details the commission wasn't provided as part of its mission to examine the root causes of the catastrophe, Evans said in a telephone interview.

'A Stretch'
'It's a bit of a stretch for the commission to make statements regarding the company's spending priorities as it relates to safety,' he said.

The Justice Department is conducting its own investigation to determine whether criminal charges are warranted against any of the companies or individuals involved in the well. Congressional committees also are conducting probes.

BP's findings in its internal investigation of the incident, released in September, spread the blame among BP engineers and workers from contractors including Transocean and Halliburton Co.

The panel, appointed by President Barack Obama, released preliminary findings yesterday on causes of the blowout. The commission said Halliburton Co., the world's second-largest oilfield-services provider, may have contributed to the disaster by recommending an inadequate formula for the cement used to seal the well.

'It's very difficult for me to conclude there was not a culture of complacency with everything involved with this experience,' Reilly said at the conclusion of yesterday's hearing.

BP is on probation for criminal charges stemming from a 2005 refinery explosion near Houston that killed 15 workers and hit the company with $87.4 million in fines from the Occupational Safety and Health Administration.

'It was a big blast then, a big spill now, and either way nobody at BP's being held accountable,' David Senko, a former Jacobs Engineering Group Inc. construction manager who oversaw 11 of the workers that perished in the 2005 refinery blast, said yesterday by telephone. 'This is business as usual for BP.'

'Tradeoffs' Cited
Stuart Smith, a New Orleans lawyer for clients claiming economic damages from the spill, said the panel's report is 'not going to change anything because the presidential commission's findings are not going to be admissible at any trial. From our engineers' reviews of the documents so far, it is clear that profit motives played a part in every aspect of this well.'

Representative Edward Markey, a Massachusetts Democrat, said in a statement that BP's culture 'favors risk-taking and cutting corners above other concerns' and failures such as the Gulf blowout 'result without direct decisions being made or tradeoffs being considered.'

Equipment Vetoed
Bartlit, who presented the preliminary findings, touched on the role of BP's wells-team leader, John Guide, who vetoed a proposal to install equipment that may have kept explosive natural gas from seeping into the well and jetting up to the floating rig.

Guide, a University of Pittsburgh-trained engineer, discounted results of computer-generated modeling that showed a potential defect with cement used to keep natural gas from seeping into the well, Bartlit said.

'From time to time, cement jobs are not perfect,' Bartlit said. 'They were running these cement models and the BP man in charge didn't think they were worth much. We're not saying that it was right or wrong or that that caused any problem.'

Bly Report
Bartlit said yesterday the panel agrees with 'about 90 percent' of the findings in BP's so-called Bly report, the investigative document compiled by a team led by BP's safety chief, Mark Bly. Bartlit said the choice of well design didn't contribute to the blowout, a finding that corroborates BP's internal inquiry.

Bartlit's investigators have had to seek cooperation from witnesses without being able to issue subpoenas to compel testimony. Co-Chairman Bob Graham, a Democrat and former U.S. senator from Florida, said the panel will ask Congress this month to approve subpoena power.

Halliburton was ordered by a federal judge in New Orleans to turn over cement used on the Deepwater Horizon to investigators from the U.S. Chemical Safety and Hazard Investigation Board. Source Bloomberg