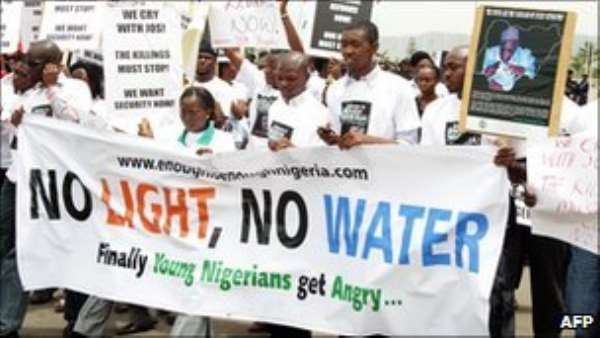 
A meeting between the Federal Government team and the Nigerian Labour Congress (NLC) and the Trade Union Congress (TUC) Monday failed to produce the desired results for both sides.

The trade unions threatened that unless there was a new development on their demand within 48 hours, they would press ahead with the three-day warning strike, which is due to start tomorrow, over their demand for N18,000 minimum wage.

The position of the unions was made known by the NLC Acting President and Chairman of the Strike Committee, Comrade Promise Adelusi, who said the meeting did not produce “anything new”.

He said the union would mobilise for total strike, while his TUC counterpart, Mr. Peter Esele, echoed their position, saying: “We have not seen anything new from our meeting today so the strike goes on Wednesday.”

However, the position of the committee set up by the National Economic Council last week to look into the issue was presented to the media by Governor of Edo State, Comrade Adams Oshiomhole, who said that they had placed all the facts at their disposal before the union to the effect that there was nothing they could do on the matter before November 25, 2010 when the National Council of State would meet.

Oshiomhole justified the anger of the unions in that they had sent the document on the minimum wage to the government since July but no action was taken.

He said the threat issued by the unions achieved result in that action had now been taken on their demands.

But he pointed out that the prerogative of deciding what to do next was entirely that of the unions.

“Labour gave ultimatum to the Federal Government to take action on the minimum wage report. They believe and I believe rightly that they didn't see any action being taken on the report which was submitted in July and that is a long time now. But at the meeting, efforts had been made to make the point that yes, some time has been lost and government now realised that we have to act fast. The meeting of the National Council of State has been slated for 25th of November and the council will finalise the decision and the report will be forwarded to the National Assembly.

“The good thing is that members of the National Assembly are very well represented in the Council of State. We have the Senate President as a member, we have the Speaker as a member and therefore, all of us offer to ensure that once the Council of State does what it has to do, then the National Assembly will be encouraged to fasttrack the process so that we can have the outcome legislated into law,” Oshiomhole explained.

Asked what he thought the meeting achieved, the former Labour leader replied: “As I understand, the ultimatum by NLC and TUC is not that with effect from Wednesday the minimum wage should take effect. No, they just want to see that the report is forwarded to the National Assembly. It is now left for the NLC and TUC to decide whether having listened to government, they believe or they don't believe, that is a matter for them to decide. If they had seen evidence that something was being done as it is being done now, they will probably not have issued the ultimatum. So, in terms of getting government to act, I think the ultimatum has achieved its objective.”

He said the grouse of the unions were justified in that between July and now, the required or expected actions were not taken.

Adelusi, who led the labour team out of the meeting earlier than the government team, said: “We have just had a meeting with Vice-President (Namadi Sambo) and other government officials to present their position but I regret to inform you that nothing has fundamentally changed. The steps that ought to have been taken by government before we go for our National Executive Council meeting has not happened.
“We are still believing and trusting that within the next 48 hours government should do what it ought to do, otherwise the strike will still take place.”

The Labour and Civil Coalition Society (LASCO) said it had already mobilised both TUC and NLC affiliates across the country to ensure that the strike was successful.

Briefing journalists in Lagos on the modalities of the strike, General Secretary of National Union of Electricity Employees (NUEE), Comrade Joe Ajaero, emphasised the decision of the NLC to embark on the three-day warning strike.

He added: "The Federal Government is estopped from abrogating the national minimum wage on the basis of objections of state governors if the Revenue Mobilisation and Fiscal Commission can fix the emoluments of the president, governors, legislators, councillors throughout Nigeria. It is sheer hypocrisy to talk of federalism when the Federal Government decides to prescribe a national minimum wage for workers."