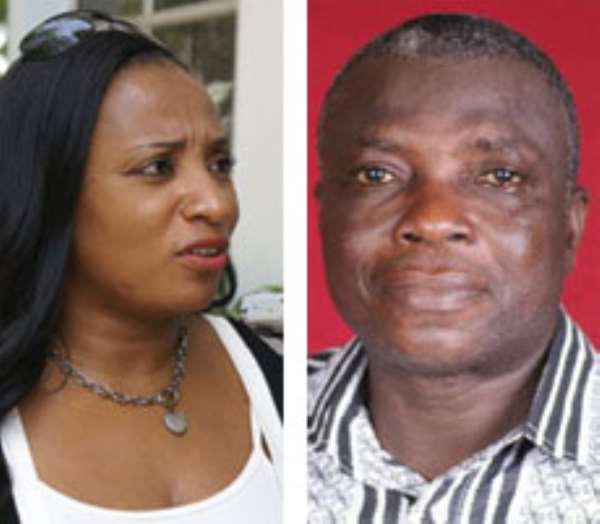 The Minister of Tourism, Zita Okaikoi, has cautioned contractors against delays in the execution of contracts awarded by the Ministry, because her outfit would not hesitate to terminate such contracts, to pave the way for more competent ones to take over.

The Tourism Minister, who gave the caution when she cut the sod for the construction of a tourism reception facility at Kpetoe in the Adaklu-Anyigbe District, pointed out that in order for the Ministry to have confidence in the contractors, there was the need for them to work within the specified time.

She noted that the facility at Kpetoe would take thirty-two weeks to complete, and asked the contractor to work hard to meet the deadline.

The project, when completed, would have an information center to guide travelers and tourists to stimulate both local and foreign interests in the local economy.

The facility, she continued, would comprise toilets, museum, reading rooms, car parking area, as well as land banks for private sector investment, such as accommodation and business centres.

Madam Zita Okaikoi stressed that the tourism sector had the potential of creating more jobs for the youth, and that her outfit was exploring all opportunities to bring the necessary development to the people, to help achieve the 'Better Ghana' agenda of the government.

She noted that the management of the facility was very important, if the anticipated benefits would be derived.

The Tourism Minister said within the framework of public-private sector partnership, the Ministry had tasked the Ghana Tourist Development Company Limited to take the lead in the management of such facilities, and subsequently promote investment and employment opportunities for the local people.

She advised that the management of tourism facilities had to be carried out in partnership with the district assemblies, traditional authorities, and other stakeholders, in order to enhance the decision-making process, in terms of facilitating investment and supply of goods and services by local and foreign investors.

The Minister of Women and Children's Affairs and Member of Parliament (MP) for Ho-East, Mrs. Juliana Azumah Mensah, noted that the facility, when completed, would help promote the development of the area, and called on the chiefs and people in the area to support the contractor complete the project on time.

Mrs. Azumah Mensah commended the District Chief Executive (DCE) for the Area, Mr. Michael Adzaho, for his hard work and dedication to the development of the district, noting that the keen interest the chiefs had shown in the project, led to the release of land for it.

The Volta Regional Minister, Mr. Joseph Amenowode, said the region abounds in numerous tourism potentials, which should be developed for the benefit of the local people and the nation in general, and commended the Tourism Ministry for the bold step it had taken to promote tourism in the Adaklu-Anyigbe District.

Mr. Amenowode stressed the need for the Tourism Ministry to establish similar facilities at the various tourism centers in the region, to help attract more tourists to those areas, and help generate more revenue for the accelerated development of the region.

The Paramount Chief of the Agortime traditional area, Nene Nuer Keteku III, commended the government for the efforts being made to bring the needed development to the people, and pledged the support of the chiefs and people for government development activities.