Rawlings must shut up if… - Sir John 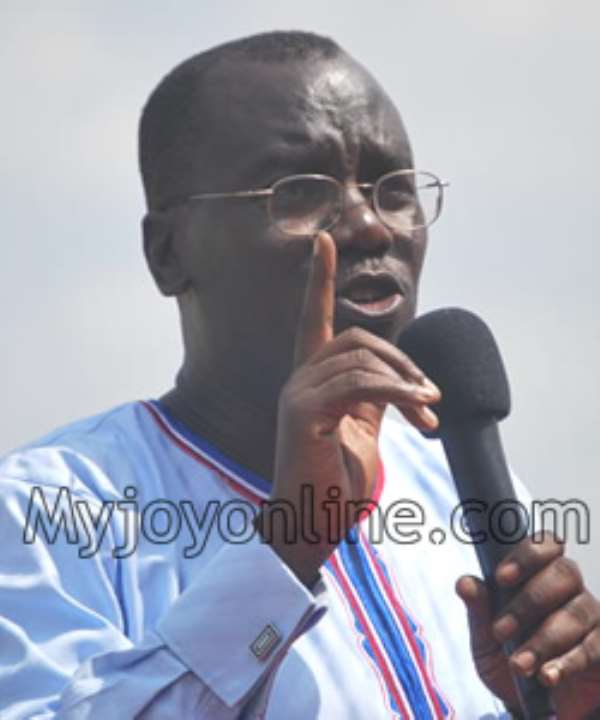 
The General Secretary of the New Patriotic Party, Mr Kwadwo Owusu Afriyie has asked former president Jerry Rawlings to shut up if he has nothing substantial to say about the legacy of his successor John Kufuor.

Addressing a ceremony to open the refurbished Nsawam Food Cannery, Mr. Rawlings said, “Had the government continued from where we left off in 2000, quite frankly, I don't think Ghana will be in the condition she is today. We had laid a good economic foundation but we suffered a decline.”

But the NPP chief scribe, speaking to Joy News after issuing a strongly worded statement in reaction to the comments by former President Rawlings, accused Mr Rawlings of falsely believing that Ghana can never make any progress without him.

He said it was shameful that Mr. Rawlings launched the unjustified blistering attack on his successor while commissioning a state property he (Rawlings) sold to his wife.

Sir John said if any of Mr. Rawlings' predecessors had done such a thing, the person or persons would have been executed.

He argued that Mr Rawlings' submissions were spot on.

“If the NPP had followed the process of expanding cottage industries, we will not be spending $500 million importing rice,” he said.