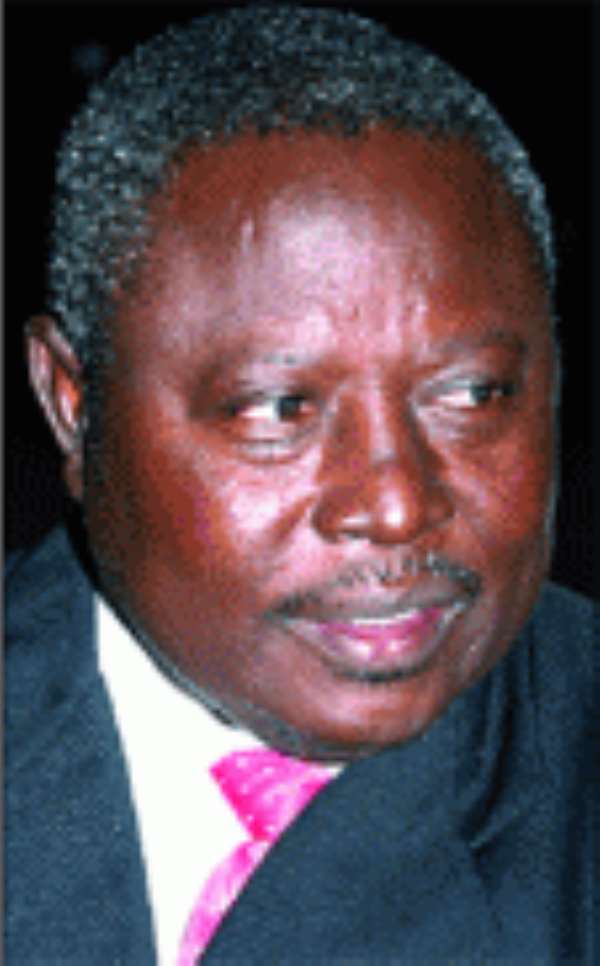 The Government has apologised to residents of Nakpanduri in the Bunkpurugu-Yunyoo District in the Northern Region for any excesses that might have occurred during the recent police operation to arrest Johnson Soloma Kombian, a notorious jail-breaker.

The Minister of the Interior, Mr Martin Amidu, who conveyed the apology on behalf of the government, however, pointed out that “no government will allow such a hardened criminal to live among innocent citizens and be terrorising them” and gave the assurance that the police would use all legal means to apprehend Kombian, who is alleged to have recently killed two cops and injured one.

Mr Amidu conveyed the apology when he called on the Mamprugu chief, Nayiri Na Bohagu Mahami Abdulai, at his palace over the weekend as part of his maiden two-day tour of the region to assess the security and flood situation in the Bunkpurugu-Yunyoo and Central Gonja districts respectively.

He was accompanied on the tour by Mr Moses Magbenba, the Regional Minister, Mr Kofi Portuphy, National Co-ordinator of the National Disaster Management Organisation (NADMO), and some representatives of the United Nations High Commission for Refugees (UNHCR) and the United Nations Office for the Co-ordination of Humanitarian Affairs (OCHA).

Mr Amidu thanked the Nayiri for the relative peace in the area and equally expressed concern about negative media reportage that suggested that there were thousands of Ghanaian refugees in neighbouring Togo.

Nayiri Abdulai observed that those who moved from Kambatiak and Gbankoni to Togo were mainly farmers.

He entreated chiefs in the two conflicting communities to bury their differences in order not to tarnish the image of the country.

The Nayiri further cautioned security agencies against discrimination in the performance of their duties, saying, “you must find a way of making friends with the people so that they can easily volunteer information to you”.

Meanwhile, irate residents of Nakpanduri were on the streets at the weekend to protest against what they described as “brutalities” meted out to them by the police when they conducted an operation to arrest Johnson Soloma Kombian.

The residents, clad in red attire and wearing red bands, also accused the police of looting their properties and beating up innocent people in their respective homes and workplaces.

The convoy of vehicles carrying the Minister of the Interior, Mr Martin Amidu, Mr Moses Magbenba, the Regional Minister, and other dignitaries, who visited the area to acquaint themselves with the security challenges of the area and to sympathise with the victims, had to move through the crowd at a snail's pace as residents virtually took over the streets.

The protest followed last Wednesday’s police exercise to arrest Kombian, whom the police described as a notorious jail-breaker and a hardened criminal.

As a result, about 20 houses were burnt down, including kiosks and stores, while some food stuffs were also destroyed by the fire. A number of persons also sustained injuries in the process.

Mr Amidu expressed the government’s preparedness to investigate the matter and resolve all issues.

“We are very sorry for the excesses by the police but I can assure you that we would lay this matter to rest,” the Minister added.