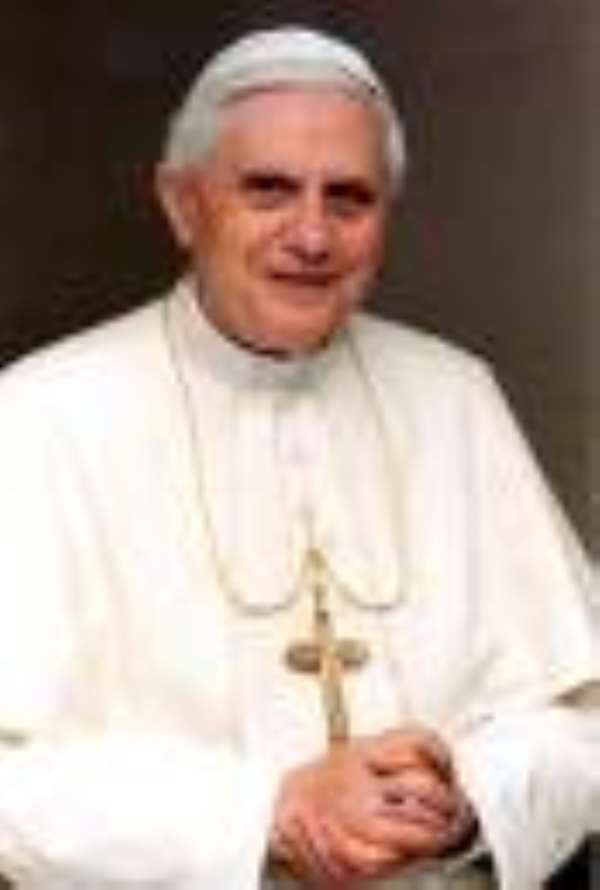 
Alleged victims of sexual abuse by Catholic clergy held a candlelight vigil of solidary at the Vatican on Sunday but were not allowed to deliver letters to a bronze door outside the pope's residence.

Several dozen marchers from the United States, Asia and Europe gathered to share their stories and say more needs to be done about the long-standing problem. The Vatican said it routinely disallows such protests in the square but did allow the group to congregate on a portion of the grounds.

Organizer Gary Bergeron of Boston, Massachusetts, called Sunday "Reformation Day" and launched a petition calling on the United Nations to include sexual abuse of children as a crime against humanity. He said he was abused by a priest while he served as an altar boy.

The Italian contingent was primarily deaf and mute victims of sexual abuse at a Verona institute during the 1960s and 1970s. They wore T-shirts with the writing 'ENOUGH', and its Italian equivalent "Basta."

Another Bostonian at the protest, Bernie McDaid, met with Pope Benedict XVI in 2008. At the time, McDaid said he had turned to drugs and alcohol in his teen years, struggling to cope with what "Father B" had done to him while he was an altar boy.

Bergeron and McDaid met Sunday evening with Vatican spokesman Federico Lombardi. The abuse survivors said they gave suggestions as to what actions the Catholic Church should take in tackling the problem.

Lombardi issued a statement calling sexual abuse a worldwide "scourge" that needs to be eliminated.

"I know you think that the Church should do more," Lombardi wrote. "I am convinced that the Church has done, and is doing a lot. Not only the Pope, with his words and examples, but many Church communities in various parts of the world."

Bergeron, who hoped to deliver letters to the pope to the door outside his residence, left them instead to the pope on the edge of St. Peter's Square, and spoke briefly to reporters Sunday night.

"The journey of the survivor is one step at a time... Today was very powerful for many survivors," he said. "This is the first time, the first time that a group of survivors this large has come together and spoken out and people have listened in Italy."

The Vatican does not allow visitors to approach the door to the pope's residence.

Catholic priests who sexually abused children "disfigured their ministry" and caused the Catholic Church "profound shame and regret," Pope Benedict XVI wrote in September, in one of his strongest statements to date on the scandal facing the Vatican.

"What has happened should make us all the more watchful and attentive," the pope wrote in an open letter to men studying to be priests.

But he said that people should still be encouraged to become priests and that celibacy still "makes sense."

Campaigners for victims of abuse by priests immediately rejected the statement as "minimizing" and "mischaracterizing" the crisis, which has seen thousands of victims come forward from across western Europe and the United States.

Three independent investigations have been launched into the abuse of children by priests in Ireland, while police raided the headquarters of the Catholic Church in Belgium and a church-government working group has been set up to tackle the problem in the pope's native Germany.

There have also been accusations of abuse in the United States, Italy, the Netherlands, and other countries.

Critics say the problem is not only the abuse itself, but the cover-up of the problem by bishops.