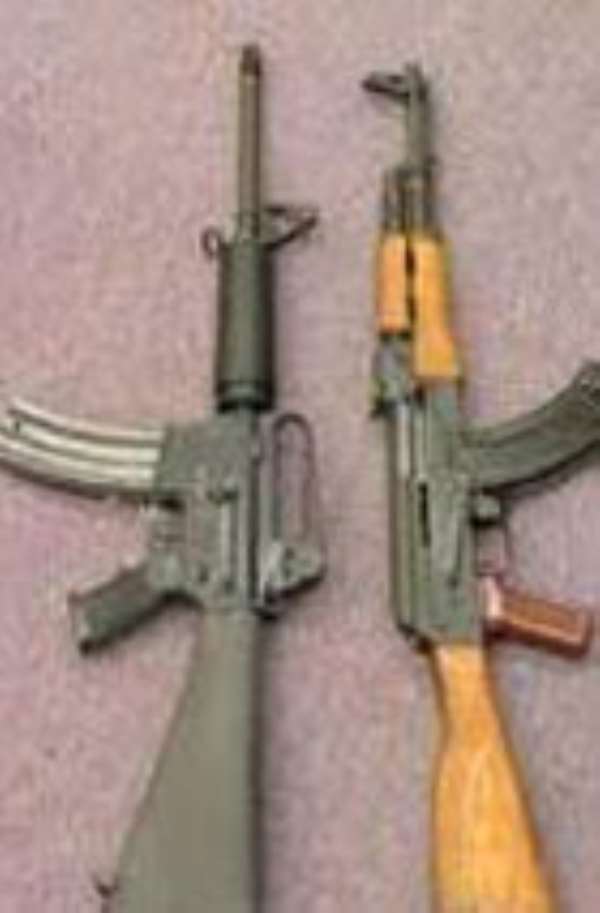 The horrifying experience occurred on Monday, October 11, 2010 between the hours of 1am and 2 am at a spot near Kintampo where the armed robbers struck.

A passenger and near-victim who was only spared because she was in her period, Amina Mohammed, narrated on Adom FM's mid-morning programme, Work and Happiness on Wednesday, October 27, how the gang forced a man to break her own daughter's virginity as they poked guns at his head to have sex with the about 14-year-old girl or pay with his life.

The man was taking his daughter to school as she had gained admission to the Tamale Senior High School.

Another elderly lady was paired with a young man, and as she wailed from what she said was excruciating pain, the heartless robbers ordered her to shut up and enjoy the act. But out of anger she cursed them, warning them God will punish them, while they laughed and claimed God had long punished them already.

Speaking to the host of the programme, Jerry Justice, Amina who said she was travelling to Tamale for her father's funeral together with her mother, narrated when they got to Kintampo sometime after midnight, the road had been blocked with three men on the right side of the road, three on the left, four in the middle and two standing behind wielding AK-47 assault rifles.

Among the robbers, she said were two women who wore braids.

Amina said the four standing in the middle of the road held torchlights which made the driver and passengers presume them to be policemen and so slowed down. The driver however accelerated upon realising that they were robbers, driving through the blockade.

The robbers however pursued them on motorbikes and shot at the bus and eventually managed to stop the bus as the passengers screamed and prayed. A passenger was hit in the process.

When the bus stopped, one of them boarded the bus and asked all on the bus to get down. They took all jewelleries, mobile phones and money on the passengers before announcing that the passengers were going to 'enjoy' themselves.

According to Amina, the robbers then asked all the female passengers to undress, and they were to take off all clothing, including their underwear and brassiere.

The passengers were initially reluctant to obey the order, however warning shots scurried them into obedience.

Amina said she was still dressed up, insisting she was in her period but the robbers persisted in seeing 'evidence', whereupon she also stripped before they told her she was a 'bad luck' for their charms.

They however gave her several slaps, just as they did to the other passengers.

She said the robbers forced about three of the men to have sex with one female passenger and the experience was as terrifying as it was traumatic for both sides.

The man who was forced to sleep with his daughter had protested vehemently and had vowed he was not capable of what the robbers were asking of him, however he gave up when the robbers fired shots on the ground around his feet.

And as he bent over his daughter, they both burst into uncontrollable tears as they wailed over the taboo, with daughter asking her father to be gentle because the act was painful while the robbers also hit him with gun butts to 'perform'.

As punishment for his refusal to stop when he was asked to, the driver was handed five women to have sex with.

And while all this went on, Amina said no vehicle passed, with the robbers escaping through the bush after they were done.

The driver needed to be revived with water before he could regain some strength to continue the journey.

The incident has since been reported to the police.