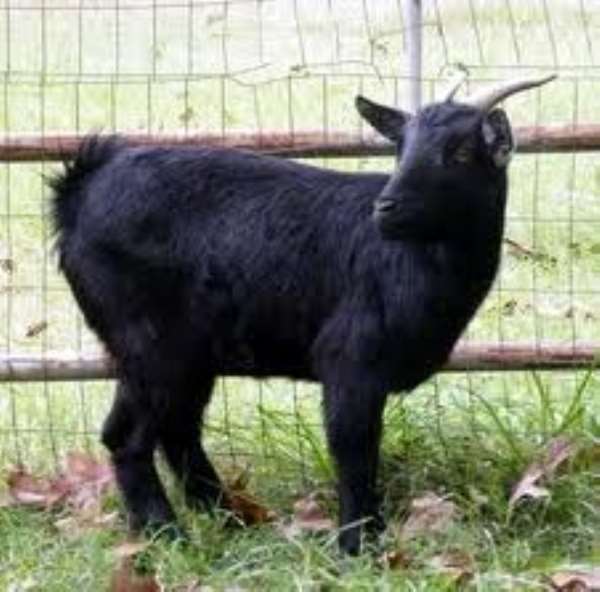 
Florence Wireponwaa, a 61-year-old farmer who killed a goat she said strayed into her kitchen has been sentenced to a fine of GH¢120 by the Kade District Magistrate's court.

She pleaded guilty and would go to prison for six months in hard labour if she fails to pay the fine.

Additionally the magistrate, Mr. Abdul Majid Iliasu, ordered the convict to pay compensation of GH¢80 to the owner of the goat, Shaibu Musah.

She was given 14 days to pay the compensation.
Mr. Iliasu said he was dealing leniently with her in view of her advanced age and for being forthright with the truth and also for the fact that she had already spent nine days in police custody.

Prosecuting, Police Inspector Francis Cobbina said on September 29 the Musah untied a goat he had bought for the celebration of a Muslim festival and left for work.

The goat however found its way into the house of the convict who claimed it had poured out the soup she was preparing.

She killed the animal, cut it into pieces and smoked it for consumption.

In the process, the owner of the goat who was looking for it entered her house and identified the goat as hers.

Florence admitted the goat was Musah's but pleaded with him not to inform anyone about her deed since she would pay the GH¢60 being the value of the goat the next day in order to avoid disgrace.

She failed to fulfill her promise and Musah lodged a complaint with the police leading to her arrest.

Minority MPs stage walk out on approval of deputy ministeria...
26 minutes ago

The Ministry dispatched personnel to ask DCOP Opare-Addo why...
26 minutes ago