3,714 Students Fail To Report At KNUST 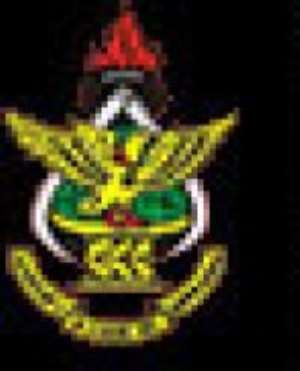 Out of the 10,728 students who were offered admission by the Kwame Nkrumah University of Science and Technology (KNUST), to undertake various programmes of study this academic year, 3,714 of them have failed to report.

So far, 7,014 students, representing 65 per cent of those offered admission have accepted and registered. In all, 28,182 students from more than 200 senior high schools (SHSs) applied.

This comes at the time when authorities of public universities continue to lament over the inability to admit qualified students because of problems of space.

Authorities at KNUST have not given reasons for the situation but have said of those who registered, 241 are from less endowed senior high schools, while 390 are foreign students.

The Vice Chancellor of KNUST, Professor William Otoo Ellis, who made these known at the 2010 matriculation ceremony for fresh students at KNUST at the weekend, said the student population of the university was now around 28,000.

He indicated that the cut off points for programmes such as human biology, pharmacy, telecommunications engineering,

petrochemical engineering, dental surgery and Optometry was aggregate nine, showing how competitive the admissions were.

This, he said, accounted for the large number of students who could not be offered admission into any of the 67 undergraduate programmes even though they bought admission forms.

He cautioned the students against acts that would negatively affect their ambition to obtain their degrees.

Prof. Ellis said it was always a pride to study at the KNUST, which was Ghana’s foremost tertiary institution of Science and Technology and one of the best in Africa.