¢800mn Car For Speaker Of Parliament 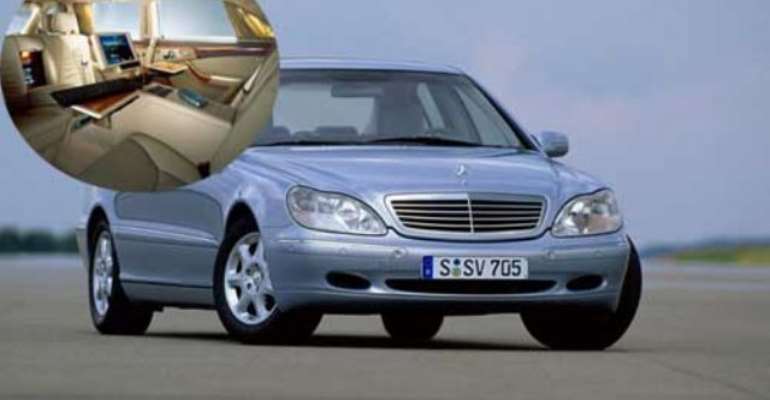 If we don't want to pay for these things, then we should have the military -Speaker The Speaker of Parliament, Peter Ala Adjetey is expected to outdoor an S-Class Mercedes Benz car in the New Year. The Heritage newspaper says its investigations have established that the top of the range Benz model has been imported for the official use of Mr Speaker. Sources at Silver Star Auto Limited, exclusive agents of Mercedes Benz in Ghana say the S-Class luxury models cost $90,000 (¢792 million at the current exchange rate of $8,800 to $1). With VAT added at 12.5%, the cost of the car would top ¢891 million. The paper says in this particular instance, VAT and other duties were waived since they would still have been paid from government coffers. The Clerk of Parliament, K.E.K. Tachie confirmed the acquisition saying the quest was to get a car befitting the status of the third in command. The Speaker is indeed the third ranking officer of the State after the President and his vice. Although Mr Tachie was silent on the model and price of the vehicle, he confirmed the make to be a Mercedes Benz. It would be recalled that the Speaker, last year, rejected a four wheel drive Mercedes Benz car valued at ¢370 million saying it lacked up to date features. In an interview with the Business and Financial Tines newspaper, the Speaker was quoted as saying that Democracy costs money, it is expensive. So if we don’t want to pay for these things, then we should have the military all the time there. People should think about these things when criticising, he added.