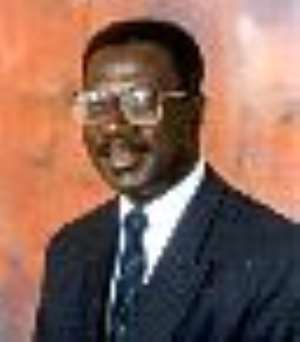 HIGH telephone tariffs are hampering the smooth operations of computer centres in some educational institutions in the country, the Minister of Education, Professor Christopher Ameyaw-Akumfi, has said.

He said the problem is affecting the teaching of computer lessons since most of these schools are forced to wind-up, adding that “this is a disincentive to government's efforts at improving the quality of education, both at the basic and secondary school levels.”

The minister, who did not mention the affected schools, expressed the concern when the former British Secretary of State for International Development, Baroness Linda Chalker, paid a courtesy call on him at his office in Accra at the weekend.

Professor Ameyaw-Akumfi said “Something really needs to be done about these tariffs to enable the schools to run their computer programmes.”

He said the ministry is holding discussions with Ghana Telecom on the matter and expressed the hope that the new group that is likely to take over the company would consider the request for the reduction of tarrifs, without asking for government subsidy.

Professor Ameyaw-Akumfi said some schools, particularly in the rural areas, are finding it difficult to cope with the tariffs because “after connecting to the Internet, they are allowed some subscription and the moment this runs out, they find it difficult if not impossible to subsequently pay for the bills”.

He said the option of using satellite for the internet facilities is high on the agenda but that will require huge sums of money and the development partners would be persuaded to assist in this direction.

Touching on the problems at the basic school level, Professor Ameyaw-Akumfi said the 82 per cent access to school is encouraging.

He said what the ministry is vigorously working on now is how to improve the quality at that level through improvement in teacher quality.

Prof Ameyaw-Akumfi said the ministry is considering working with a South African group to see how best the quality of teachers at the basic level could be improved adding that "we would seek the assistance of development partners in this direction".

At the tertiary level, he said, access continuous to be a major problem due to lack of facilities to accommodate the large number of people who apply for admission to the public universities.

He said the ministry is working hard at providing furniture for all schools in the country by the middle of next year.Professor Ameyaw-Akumfi said, so far billions of cedis have been spent on providing desks and tables for many schools and the programme is still on-going.

Baroness Chalker on her part commended the minister for the efforts he has put in place to develop the sector. She promised to convince some of the development partners to support the ministry with some of its programmes.