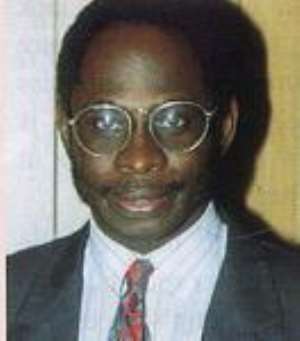 The revoking of the 10-year monopoly of destination inspection at Ghana's seaports, granted in 1999 to Gateway Services Limited (GSL) by the Ministry of Trade and Industry has led to a very ill tempered feud between the company and the government. Indeed, the Chairman of Cotecna, the Switzerland based major shareholder of GSL, Elie G. Massey last week in Accra, accused government of bad faith in the public glare during the Commonwealth Ghana Investment Summit. This was immediately followed by a spirited and factually impressive defence of the decision by the Trade and Industry Minister, Dr Kofi Apraku. The feud had been simmering since September when the Ministry officially informed GSL that after a thorough review of the destination inspection scheme, it had decided to appoint two other companies, Ghana Link Network Services and LCS Limited to compete with GSL in the operation of destination scheme at the Tema and Takoradi seaports. GSL is contesting the decision by pointing out that the 10-year monopoly granted it in 1999 by the NDC administration informed its decision to invest over US$12 million in infrastructure and equipment (primarily a state-of-the-art x-ray scanner) which was funded by a loan from a German Commercial Bank, complains Massey. “The net effect of this decision of the government would be to reduce our operations by more than 50% thereby placing us in a loss making position and preventing us from meeting our final obligations to our bankers.” The Trade Minister however refers to Article 181 Section 5 of Ghana's Constitution, which stipulates that any agreement between the Government of Ghana and an international company to provide services to the state must be approved by Parliament. In the case of the GSL contract, this was not done. A visibly angry Dr Apraku told the Business and Financial Times newspaper that Massey's complaint made to over 300 delegates – local and foreign at the Investment conference were “totally unacceptable and very regrettable”. Indeed he points out that the government is simply ensuring that the constitution is adhered to, while trying to introduce competition into the scheme to improve service quality and thereby reduce the time and associated costs spent by importers in clearing their goods through the nation's ports.