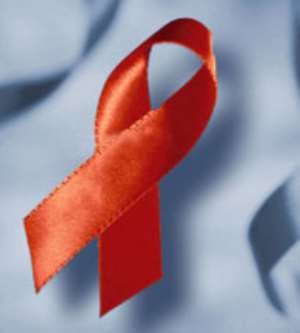 (CNS): Just a week before the world's largest AIDS Conference opens in Vienna, Austria, yet another woman has committed suicide on being told of her HIV positive status. The XVIII International AIDS Conference (XVIII IAC) will open next week on the theme of "Rights Here, Rights Now." Wish if this yet another death due to HIV related stigma and discrimination could be averted. However, will the XVIII IAC adequately set the stage for improving HIV responses in the community so that no other person dies due to HIV related stigma?

The 38-year-old woman jumped to death from the first floor of the building of Goa Medical College, on being told about her HIV positive status (source: PTI/TOI).

"We are inquiring into the incident. We can't make detailed statement at this juncture but we are probing it," Health Minister Vishwajit Rane had said in the news published in the Times of India/ PTI.

Nearly after 30 years of fight against AIDS, we still are yet to provide a friendly, sensitive and humane healthcare facility to people living with HIV, where they can access AIDS related care and services with dignity, and benefit from pre- and post- HIV test quality counselling so as to avert such unfortunate loss of lives.

"Stigma and discrimination from close relatives and society, plus desertion by her husband, prompted a young AIDS patient to jump to her death in the School of Tropical Medicine (STM), Kolkata, where she was undergoing treatment" said a MedGuru news.

The news further reads: "As per the initial investigation, it seems that the patient was suffering from acute depression [a mental state characterized by a pessimistic sense of inadequacy and a despondent lack of activity] since she had been tested HIV-positive. Family members of the victim said that it was her husband who had transmitted the disease to her."

A doctor at the School of Tropical Medicine (STM), Kolkata, said: "Like several other HIV-positive married women, she was abandoned by her husband and society at large. Though her brother and sister-in-law were very supportive, they were too poor to finance her treatment. She was depressed to find herself socially and financially helpless to fight on."

Mental health issues of people living with HIV are not properly addressed through the wide network of Integrated Counselling and Testing Centres (ICTCs) in India, like issues related to sexuality are not addressed in such ICTC counselling sessions, said a transgender person to CNS.

May be the AIDS programmes at the district or sub-district level or the village level, have to genuinely engage people from affected communities in a meaningful manner so as to not only increase sensitivity of the community and healthcare providers to AIDS, but also to reduce stigma and discrimination that PLHIV often have to struggle with at different levels in their day-to-day lives.

The optimal engagement of PLHIV, with dignity, as equal partners in fight against AIDS, at all levels of HIV programmes, is clearly lacking.

The quality of pre- and post- HIV-test counselling at the Integrated Counselling and Testing Centres (ICTC) surely commands a review, and overhaul.

Keeping fingers crossed on the forthcoming XVIII IAC whether its theme of "Rights Here, Rights Now" translates into positive action and improves AIDS responses on the ground. (CNS)