Tax regime in Ghana too high 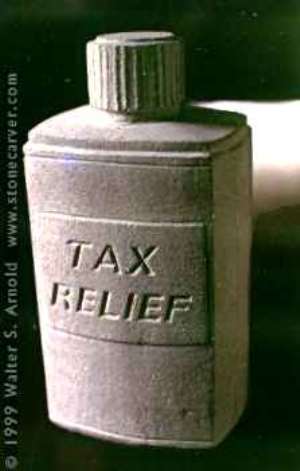 Ghana has been labelled as a “high cost” producer in the international market, due to a wide variety of factors, notably the regulatory and tax environment.

This unhealthy picture was stated by Mrs Elizabeth Villars, President of the Association of Ghana Industries (AGI) at its 42nd Annual General Meeting in Accra. She, in stressing her point, cited Ghana's very high excise duty rate, which currently stands at about 140 per cent of ex-factory price is argued to be responsible for the massive inflow of smuggled goods.

This has two effects on the economy; loss of competitiveness of local industries; loss of substantial revenue to the government.

Mrs Villars said though the VAT law allows refund to exporters on payments for imported inputs, the upfront payment of the tax ties down the working capital of exporters, and more so if the refund is unduly delayed.

She lamented that exporters are denied access to the capital for operations, and expansion activities, and are therefore compelled to take commercial loans, thus making their cost of production high and uncompetitive on the world market.

The AGI president also lamented that various companies are charged all sorts of fees, levies and royalty payments. In the timber sector for example, timber and wood processing companies pay 10 per cent levy on lumber exports and 3 per cent levy to the Timber Industry Development Board (TIDB).

They are also required to pay additional levy of 15-30 per cent on some air-dried lumber species. These taxes and levies put a lot of stress on the timber companies. Currently, majority of these firms are facing acute liquidity problems and have resorted to massive borrowing from the banks.

She revealed that AGI investigations have established that the sum of duties and the various levies charged on imports (raw materials and other industrial inputs) constitute 25 per cent of the total value of such imports. This rate certainly is unacceptable and counter productive.

“These indeed have a net negative effect in relation to cost of products, competitiveness of our manufacturing companies and employment generation,” she regretted. The increase in withholding tax from 5 per cent to 7.5 per cent has imposed considerable strain on the cash flow of many manufacturing enterprises. Delays in the refund of income tax overpayments exert similar problems on companies.

The total overpayments by companies in 2000 and 2001 amounted to ¢35.5bn and ¢174.9bn respectively. Net margins in the manufacturing sector often do not reach 7.5 per cent and it is recommended that the withholding tax should revert to the 5 per cent rate; and, even that, reputable companies that file returns and pay their taxes should be exempted.