Ending Political Tensions: What Nigeria Could Learn from Latin America 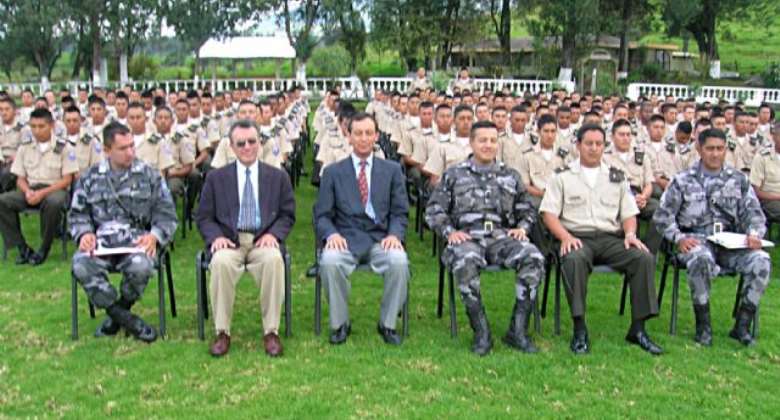 Hardly anyone in Nigeria needs to be convinced of the value of preventing war. Conflicts give rise to continuing instability and unrest, with negative consequences for everyone. If one considers the premise that long-term political struggles in Africa are "cold civil wars" with periodic "hot flashes," then it could be argued that the protracted "civil wars" in Latin American countries like Colombia, Bolivia, etc. have followed similar patterns. However, the latter situation is now changing, and perhaps African nations like Nigeria could learn something from new developments regarding the implementation of Invincible Defense Technology (IDT) in Latin America.

The Invincible Defense Technology is a field-tested, practical approach to world peace and national defense – an approach validated by more than 50 replications and 23 studies published in leading peer-reviewed scientific journals. It is a direct technological application of the most advanced discoveries in the fields of quantum mechanics, neuroscience, and human consciousness. The approach calls for the immediate establishment of large national groups of peace-creating experts practicing specific "technologies of consciousness" that have been scientifically shown to neutralize acute ethnic, political, and religious tensions that fuel violence, terrorism, and social conflict.

Four countries in Latin America are now in the process of deploying IDT. They are establishing "Prevention Wings of the Military" – large groups of soldiers who have been trained in these technologies of consciousness, including the Transcendental Meditation and TM-Sidhi program. At least one of these Prevention Wings will consist of 3,000 military personnel. Although details are still being finalized, the leader of the Latin American TM organization has provided the accompanying photographs of one of the Prevention Wings for publication.

In addition, another Latin American country has decided to implement Consciousness-Based Education, which utilizes the same technologies of consciousness applied in IDT, throughout the national school system. Furthermore, the Brazilian government is training 1.5 million of its citizens in these technologies. And civilian groups in Colombia, Bolivia, Peru, The Netherlands (Holland), Trinidad and Tobago, already are staffing fully operational IDT systems.

Scientific research has confirmed that large groups of peace-creating experts practicing the TM and TM-Sidhi program together can create measurable positive change in the surrounding population, including reductions in crime, violence, war and terrorism. The underlying mechanism appears to be a field effect of consciousness in which collective coherence within the group spills over into the surrounding population, dissolving the buildup of racial, religious, and political tensions in society that fuels the outbreak of violence. To create this effect on the national level, research shows that a country must maintain a TM-Sidhi group of at least the square root of one percent of its population. The powerful coherence generated by such groups defuses enmity so that no enemies arise, thereby leading to a more invincible nation.

Here is an example of how to calculate the size of these groups. According to Wikipedia, the country in Latin America with the largest population is Brazil. In The World Factbook, the CIA gives Brazil's population as 198,739,269, which when multiplied by 1% equals 1,987,393. The square root of 1,987,393 is 1,410. Therefore, if the military of Brazil wanted to become invincible, it would need to maintain a minimum of 1,410 Invincible Defense Technology (IDT) experts. (Nigeria would need approximately 1,222 experts.) A Military Prevention Wing of 3,000 soldiers well exceeds the square root of one percent of the population of any Latin American country. So the military leaders organizing the new Prevention Wing pictured above, and those in other countries who have launched earlier such projects, are to be congratulated for their wisdom of deploying a military strategy of "overwhelming force" to ensure invincibility for their countries.

Sometimes major discoveries take time to be fully accepted and used. Nevertheless, these examples in human history should be a lesson so as to avoid committing new mistakes. Let us recall that history is made by those who, in life, think beyond their contemporaries. - Lt. Gen. Tobias Dai, (Ret.) Former Defense Minister of Mozambique 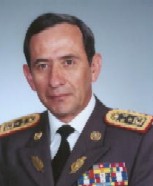 I am currently working with an international group of generals and defense experts that advocates Invincible Defense Technology. Our goals are twofold: to establish a new, larger and more powerful coherence group in Ecuador that will meditate and create societal coherence in support of the new government; to create the conditions necessary for economic and social progress that will lead Ecuador out of "underdevelopment" by 2025. Our strategy is to make Ecuador "invincible" in the sense that it will no longer have any enemies. No enemies, whether foreign or domestic means – no war or terrorism.- Lt. Gen. José Martí Villamil de la Cadena (Ret.) Former Vice-Minister of Defense of Ecuador

Countries that have implemented IDT have based their defense on the Unified Field of all the laws of nature. According to the Harvard-trained physicist Dr. John Hagelin, the technology of the unified field is a thousand million million times more powerful than the nuclear force. Yet it is inherently safe, despite its power, because it is based on the application of a completely holistic level of natural law. Years from now, in retrospect, it is likely that this development may have far more historical significance than the US military's Manhattan Project quest to develop nuclear weapons.

Despite the extensive scientific research validating the efficacy of IDT, as well as the results of field tests by the militaries of Mozambique and Ecuador, African nations like Nigeria have still not tried IDT. Perhaps in the future the predicted successes of the various Military Prevention Wings in Latin America will inspire African leaders to deploy IDT after they endure future crises. But it would make more sense for them to act now by preventing the danger before it arises - and before the next crisis escalates into another full-blown and very hot "civil war" potentially worse than previous conflicts. 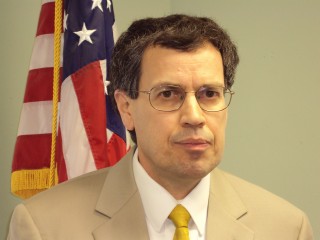 David Leffler, Ph.D. a United States Air Force veteran, is the Executive Director of the Center for Advanced Military Science (CAMS) http://www.StrongMilitary.org. Dr. Leffler served as an Associate of the Proteus Management Group at the Center for Strategic Leadership, US Army War College. A leading scientific journal in Pakistan, The Journal of Management & Social Science, recently published a paper that Dr. Leffler presented at an international military conference titled "A New Role for the Military: Preventing Enemies from Arising – Reviving an Ancient Approach to Peace," indicating that the military application of Transcendental Meditation has merit.

Adwoa Safo impersonation: Findings from our preliminary inve...
35 minutes ago

Acting Speaker Joewise throws out minority’s motion to overt...
50 minutes ago