Say Yes To Life: Say No To Tobacco 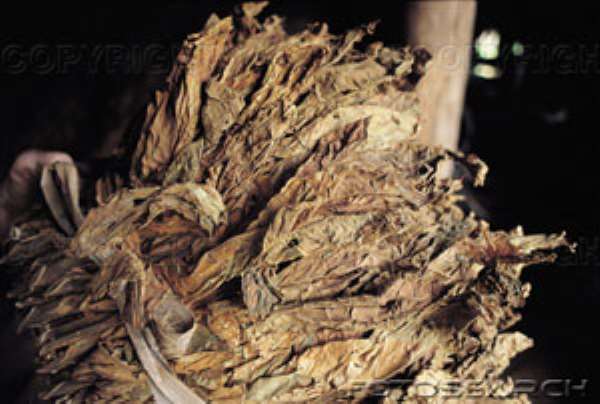 (CNS): The theme of this year's World No Tobacco Day (WNTD) is "Gender and tobacco with an emphasis on marketing to women." It is designed to draw particular attention to the harmful effects of tobacco marketing towards women and girls. Controlling the epidemic of tobacco among women is an important part of any comprehensive tobacco control strategy. Professor Judith Longstaff Mackay, Senior Adviser, World Lung Foundation, spoke to CNS in Hong Kong. She lamented that for decades women and adolescents have been a major target of opportunity for the tobacco industry, and more so now, when this industry needs to recruit new users to replace the nearly half of current users who will die prematurely from tobacco-related diseases. So it is an ongoing battle – longer than the 100 years war. Prof Judith Mackay has been conferred the prestigious BMJ Lifetime Achievement award for her contribution to the fight against tobacco across the world, and is also a recipient of the American Cancer Society's Luther Terry award for Outstanding Individual Leadership. As a leader in the battle to control tobacco, she was once described by the tobacco industry as "one of the three most dangerous people in the world" (Source: TIME magazine).

Women comprise about 20% of the world's more than 1 billion smokers. Especially troubling is the rising prevalence of tobacco use among girls. The new WHO report, 'Women and health: today's evidence, tomorrow's agenda', points to evidence that tobacco advertising increasingly targets girls. In fact, women, minorities, blue-collar workers, adolescents, and even children are bombarded by clever and often insidious marketing and advertising gimmicks of the tobacco industry. There is a strong correlation between smoking rates among adolescents and sales promotion expenditures by tobacco companies.

Recently, I had the opportunity to talk to Professor Judith Longstaff Mackay in Hong Kong. According to Judith, this year's theme of World No Tobacco Day is very relevant, as women need to be an integral part of all health schemes.

She said that the number of women smokers in the Western Pacific Region is relatively low at 5%, as compared to 60% of men smokers. Twenty five years ago it was predicted that smoking in Asian women would inevitably increase, thanks to the women centric aggressive advertising/marketing tactics of the tobacco industry, increase in the purchasing power of women as a result of economic independence, and the diminishing role of parents/teachers/elders in determining their behavioural patterns. But interestingly, this has not happened. Yet we have to be cautiously optimistic about this current low level of smoking in women of this region, and remain 'terribly vigilant'.

Some of the recent surveys point at a worrying indication that young girls are likely to take to smoking. In fact, according to a new WHO report, data from 151 countries show that about 7% of adolescent girls smoke cigarettes as opposed to 12% of adolescent boys. The report also points to evidence that tobacco advertising is increasingly targeting young girls with their slim, light, nicotine free menthol-cigarette overtures . While in Hong Kong, I saw for the first time, a quick puff of the long and slim cigarettes being enjoyed by young girls on roadsides. This was a common sight, although Hong Kong reportedly has less than 4% of women smokers. It has very strict laws against smoking in public places. It also banned all imports/ manufacture/selling of chewing tobacco way back in 1987. In India, perhaps due to societal pressures, it is still uncommon to find female smokers out in the open, although a lot many smoke in hiding, away from the public gaze. A worse form of tobacco abuse gaining wide spread popularity in India is flavoured chewing tobacco, called gutka/mawa/pan masala, which, though portrayed as a mouth freshener, is highly addictive. It is cheap, socially acceptable even in women (as against smoking), and consumed by millions of Indians (rich and poor alike), including children and adolescents. Gutka chewing is an important factor of the high prevalence of oral cancer in the sub continent. Another latest fad amongst teenage girls and boys in Indian metro cities is smoking the hookah (or the water pipe) in the numerous hookah bars, which are popular joints frequented by the youngsters. Water pipe smokers inhale dangerous levels of carbon monoxide, but users are blissfully unaware of the risks involved.

Dr Judith Mackay feels that women are not only vulnerable to misleading tobacco advertisements, but also to second hand smoke. A conservative society makes it difficult for Asian women to stand up against their smoker husbands/boyfriends. They are thus more prone to the health hazards of second hand smoke, even if they do not smoke themselves.

So it becomes imperative to evolve strategies to reduce, and eventually prevent, smoking and other forms of tobacco consumption by women and girls, with a view to protect and promote their health. Dr Mackay is of the opinion that school based awareness programmes can help only when they are co linked with other community based health programmes. She is emphatic that 'stand alone' school programmes do not work. The health knowledge of smokers and non smokers is just the same. So it is actually meaningless to tell adolescents that smoking is a health hazard- that it causes cancer and other life threatening diseases. Not only students, but all adults (be they teachers, parents, visitors) should be prohibited from smoking within school campuses.

Who would know it better than Dr Mackay that such school programmes, and/or a ban on sale of tobacco products to minors are actually supported by the tobacco industry and just do not deliver the desired results. She rightly feels that the tobacco industry is manipulating kids like puppets on strings. So, a more meaningful strategy would be to bring about a change in youth attitudes indirectly -- to make them realize that smoking is not cool, but a horrible habit; that although smoking is sold as freedom by the tobacco industry, it is actually a bondage; that freedom is about making correct and right choices without the fear of losing friends; that courage is about saying NO to smoking and yet remain friends.

According to Judith, only stringent economic measures, coupled with multi component (including social behaviour) school programmes would work. Increasing the price tag on cigarettes to the extent of making it unaffordable to most adolescents is the single most important initiative to restrict access to tobacco among children and adolescents. Along with this, there is a crying need for stricter implementation of anti tobacco legislation. A mere burgeoning of anti tobacco laws (with very little compliance) has a very adverse effect on the children's psyche, as they grow up thinking that laws are meant to be disregarded. This would breed only lawless citizens. Sale of tobacco products to minors should not only be banned, but any violation of this law should attract the penalty of losing one's license for ever.

Let more women join the likes of Dr Judith Mackay in this battle against tobacco, by standing up against the fatal attractions of the tobacco industry. We need to become role models for our rudderless adolescents, by practicing and not merely preaching about a cigarette/tobacco free and healthy society. (CNS)