WHAT IS BEING SAID ABOUT US ...BLACK PEOPLE, READ. PLEASE READ AND LEARN 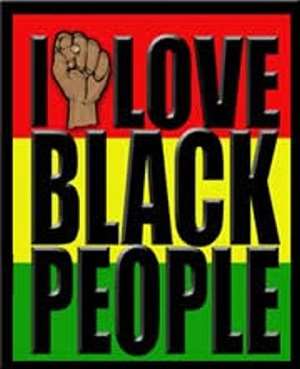 The sad thing about this article is that the essence of it is true. The truth hurts. I just hope this sets more Black people in motion towards making real progress. Chris Rock, a Black comedian, even joked that Blacks don't read.

THEY ARE STILL OUR SLAVES: We can continue to reap profits from Blacks without the effort of physical slavery. Look at the current methods of containment that they use on themselves: IGNOURANCE, GREED, and SELFISHNESS.

Their IGNOURANCE is the primary weapon of containment. A great man once said: “The best way to hide something from Black people is to put it in a book.” We now live in the Information Age. They have gained the opportunity to read any book on any subject through the efforts of their fight for freedom, yet they refuse to read. There are numerous books readily available at Borders, Barnes and Noble, and Amazon.com, not to mention their own Black Bookstores that provide solid blueprints to reach economic equality (which should have been their fight all along), but few read consistently, if at all.

GREED is another powerful weapon of containment. Blacks, since the abolition of slavery, have had large amounts of money at their disposal. Last year, they spent 10 billion dollars during Christmas, out of their 450 billion dollars in total yearly income (2.22%).

Any of us can use them as our target market for any business venture we care to dream up. No matter how outlandish, they will buy into it. Being primarily a consumer people, they function totally by greed. They continually want more, with little thought for saving or investing.

They would rather buy some new sneaker than invest in starting a business. Some even neglect their children to have the latest Tommy or FUBU. And they still think that having a Mercedes, and a big house gives them 'Status' or that they have achieved their Dreams.

They are fools! The vast majority of their people are still in poverty because their greed holds them back from collectively making better communities.

With the help of BET, and the rest of their black media that often broadcasts destructive images into their homes, we will continue to see huge profits like those of Tommy and Nike. (Tommy Hilfiger has even jeered them, saying he doesn't want their money, and look at how the fools spend more with him than ever before!). They'll continue to show off to each other while we build solid communities with the profits from our businesses that we market to them.

SELFISHNESS, ingrained in their minds through slavery, is one of the major ways we can continue to contain them. One of their own, DuBois, said that there was an innate division in their culture. A 'Talented Tenth' he called it. He was correct in his deduction that there are segments of their culture that has achieved some 'form' of success. However, that segment missed the fullness of his work. They didn't read that the 'Talented Tenth' was then responsible to aid the Non Talented Ninety Percent in achieving a better life. Instead, that segment has created another class, a Buppie class that looks down on their people or aids them in a condescending manner. They will never achieve what we have. Their selfishness does not allow them to be able to work together on any project or endeavour of substance. When they do get together, their selfishness lets their egos get in the way of their goal. Their so-called help organisations seem to only want to promote their name without making any real change in their community.

They are content to sit in conferences and conventions in our hotels, and talk about what they will do, while they award plaques to the best speakers, not the best doers. Is there no end to their selfishness? They steadfastly refuse to see that together each achieves more (TEAM).

They do not understand that they are no better than each other because of what they own. As a matter of fact, most of those Buppies are but one or two pay checks from poverty, all of which is under the control of our pens in our offices and our rooms.

Yes, we will continue to contain them as long as they refuse to read, continue to buy anything they want, and keep thinking they are 'helping' their communities by paying dues to organisations which do little other than hold lavish conventions in our hotels.

By the way, don't worry about any of them reading this letter. Remember, They don't read!!!

PS: A Caucasian journalist sent me what you just read. She was polite enough to have added a postscript: “Please, do not be offended or feel insulted by these words, which incidentally, come from one of my own. I don't believe in stereotyping or pigeonholing people. Anyhow, I just thought I would send you this, to see your reaction. Take care!”

How true are these observations, anyway?
1. How many Ghanaians living in Ghana read our newspapers? The statistics are horrible. Never mind that the newsstands are cluttered with lots of new names. And don't think the new names are the only ones struggling; the established 'household' names are operating like tenants in their own houses. The state-owned Daily Graphic, the biggest Daily, has a shockingly low circulation rate.

2. How many Ghanaians subscribe or even read a foreign newspaper? We don't have community newspapers. Our universities do not have student newspapers.

3. It takes some two hours and more to join a snail-paced traffic from Awoshie Last Stop to the Kwame Nkrumah Circle. If you started reading Ayi Kwei Armah's Fragments, you would have covered a few pages before alighting. Any literate with a pair of eyes should be able to read that book in a day, at most two.

4. Thing is, where would you read, if you decided to do any reading at all? How many libraries do we have in Accra? You would be amused to find any amusement parks anywhere? Recreation centres? You need to create them.

5. Write the complete autobiography of your best friend and plant it in a newspaper. You would have to call and alert him to watch out for it. He would still miss it if you don't give him the name of the newspaper and the exact publication date. These are not semi literates; we mean the so-called elite class. Even those in PR and Advertising are worse. I have had to do it several times.

6. The Accra Shopping Mall should have been appropriately named Accra Walking Mall or Accra Meeting Mall. Folks just loiter through, using the venue as meeting points for their boyfriends and girlfriends. The bookshop in the Mall would better be called Book Cemetery, because you are always alone when you find yourself in their very clean isles. It is nobody's cup of tea to buy a book. Not that they are briskly buying the cups of tea at other stands; they just walk through.

7. And what really happened to traditional wears and artefacts? They are given a foreign appearance so that they could be priced high. Of course, the Buppies can always afford them. What happens to everybody else?

8. Greed? Well, Is Greed such a bad thing? Greed and her closest sibling, envy, are the ingredients that a ready heart needs to power the will to succeed. But in a non-reading culture where people's eyes are fixated on what next is passing and what is vogue, folks have time to nurse greed until they become greedily pregnant with greed itself. In the end, they give birth to nothing, except raw greed.

9. Selfishness is the thing. You don't know when next you would be DCE. Commonsense mandates any sensible person to be wise when resources are common. What will the masses live on? Who cares?

10. So, charity never works. More than 3,000 schools are held under trees in our villages. Could any of our rich folks build just two classroom blocks to help the government? No, DANIDA, JICA and OXFAM would have to do that. Orphanages close down, or perhaps, are made to close down, as though they were narcotic drug centres, while churches spring up like mushrooms. The children? They could make their way back to the streets, where they truly belong.

11. There isn't much progress anywhere, and we think just having a stable democracy which guarantees freedom of speech would suffice. We are not ready to close naked gutters; how do expect naked thievery and gaping opportunism to end? The Tipping Point is the lesson we need. If you haven't read Malcolm Gladwell's The Tipping Point at this stage, then you just tipped yourself to do nothing to change anything. Or, challenge yourself to write your own Tipping Point. But don't trip.