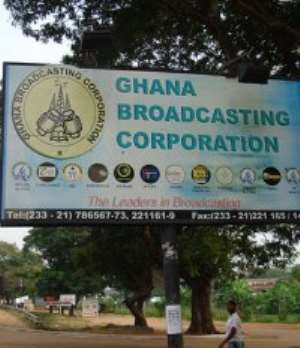 Recent reports in the online and print press suggest that the Director of Television Mr. Ampem Darko and other directors have been complicit in procedural manipulation of the Public Procurement Authority in order to push through an order to purchase a transmitter from the UK Company Sound Broadcast Systems (SBS), Limited for some gain. This has forged the basis of interdiction among other issues by the Serious Fraud Office (SFO).

Causing financial loss to the State must be a willful act as per the law and there is a need to clear some misconceptions in the media reports.

Eddystone Limited in Alcester, Warwickshire in the UK, acquired SBS in 2008. Both companies are in the same industrial estate in Alcester, no more than .15 of a kilometer apart, walking distance from each other. This is a coincidence since the Estate is a hub for broadcasting equipment and services well known in Warwickshire, UK.

Pyers Easton and Marcus Bekker, previous owners of SBS limited, opted to place the company in Administration after their bankers withdrew their line of support despite a decent sales order book, of which GBC's order was a part.

Eddystone Limited is one of several spin-off companies from the old Marconi Company, a leader in broadcast systems, after Marconi pulled out of the sector decades ago.

There is a clear distinction in the UK, between Liquidation (as claimed in the Ghana press reports) and an Administrative procedure, which is what SBS Limited is going through.

A UK administrator is an authorised insolvency practitioner who is appointed to manage the affairs, business and property of a company. He is an officer of the court and must perform his functions with the objective of rescuing the company wherever possible.

The Act made several significant reforms to insolvency law in the UK and the provisions work alongside existing insolvency legislation, particularly the Insolvency Act 1986.

The aim of the changes to the administration procedure was to improve company rescue and make it better for creditors, as they establish a procedure, which is fast, fair and focused on rescue.

In addition to the court order entry into administration, the Act introduces 'without court order' appointment routes for holders of qualifying floating charges and companies/directors. These routes are quick and do not need a court application or hearing.

Administration is currently open-ended. However, the Act introduces an overall time limit of 1 year, although this can be extended by the consent of the creditors and/or by the court.

Administrations currently end with the company being moved into another form of proceedings (usually either a company voluntary arrangement or a compulsory liquidation). The Act introduces specific, finite endings, which enable the administrator to move the company from administration straight into a creditors' voluntary liquidation (where there are assets to be distributed to unsecured creditors) or to dissolve the company (where it has no property left to distribute to creditors), on the registration of the relevant notice by Companies House.

This distinction is important because GBC has a floating charge as a creditor recognized by the Administrator.

Unlike Star FM of Kenya who flew out to the UK when they heard of the problems facing SBS Limited and managed to claim their equipment from SBS, GBC has not done so. Neither did they respond to an offer from SBS to accept a better, cheaper, smaller footprint and more effective 5KW transmitter model # S7605c to replace the older more expensive S7605 they ordered in November 2008, just before administrative procedures were started.

Former Group Sales Manager of SBS, Les Crompton wrote to GBC with an offer to compensate the Ghana broadcaster with a better model. SBS do not deny that they received payment for the equipment and the Administrator is still open to receive requests for compensation.

GBC executives involved in this deal are either not aware (ignorance) or they do not care to redeem the 30% down payment (willful) and thus are obligated to explain to the taxpayer why they should remain at the helm of the state broadcasting station.

SBS Limited is NOT in liquidation. It is going through an administrative procedure; an easier, simpler route for creditors to be paid quickly and UK businesses are saved the delays in court before they proceed to liquidation if necessary.

SBS Limited was incorporated on 24th September 1986 with UK company registration number 0205 7846. Les Crompton is now with Eddystone Broadcast Limited as sales manager. Their phone number is (44) 1789 762278. They can be found at 26 Arden Road, Arden Forest Industrial Estate, Alcester, Warwickshire, B49 6EP. The administrator is Antony Batty & Co., LLP.

Eddystone has many customers all over Africa and continues to do business with GBC, recently supplying parts for their transmitters.

Ghanaian taxpayers expect the CEO's and directors of business to manage their State organizations with due regard to a return on their investment. Where a dividend is not forthcoming, the least we expect is proper service for the money paid in taxes and levies every day; ergo ADB, VRA, ECG, GWSC, TOR.

When we appoint incompetent political cronies to manage state institutions we encourage open (willful) and silent (ignorant) corruption. We have been doing this since independence and it is about time it ended.

This is the corruption we have to fight to eliminate.